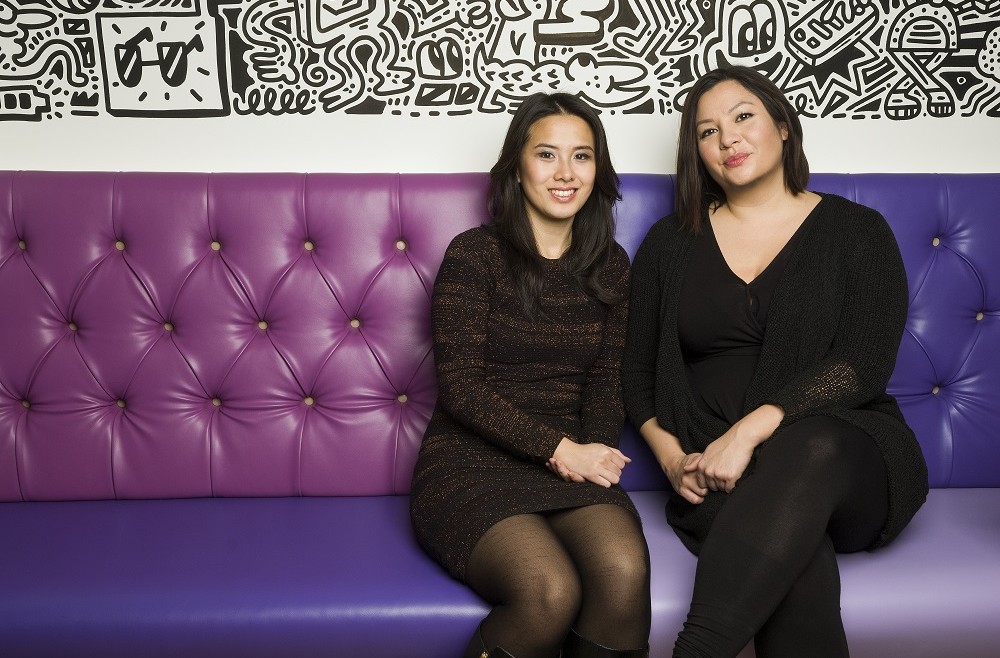 Not just work colleagues, Anna Chan, PA at Nickelodeon & Viacom Consumer Products and Joanna Khoo, EA to EVP, head of Velocity International at Viacom are close friends and have worked at the globally-recognised company for around eight years between them. Jade Burke catches up with the duo at Viacom’s Camden Town office, to discuss their careers and future goals

With its quirky atmosphere it seems fitting that the multinational conglomerate Viacom is located in the heart of London’s Camden Town. Home to a variety of brands, including Nickelodeon, MTV and Comedy Central, I can’t wait to head into the glittering glass office. After setting down in the reception, Joanna Khoo (pictured left), executive assistant to EVP, head of Velocity International, comes out to greet me.

Walking through the revolving doors, a larger than life SpongeBob SquarePants statue welcomes me to the building. Soon enough Anna Chan (pictured right), personal assistant at Nickelodeon & Viacom Consumer Products, appears gripping mugs of tea to offer some respite from the bitter cold outside. As we settle into one of the board rooms, I notice employees bustling about to get on with their daily tasks, while meetings start to take place throughout the building. But what is a normal day like in the offices of Viacom?

“We start at 9.30am, and it’s usually pretty full-on with lots of meetings and international travel, scheduling, organising and helping with events,” Khoo tells PA Life.
“We have just had the EMAs and that’s been really chaotic for us with lots of VIP client hospitality. It’s so busy but it’s great, it’s rewarding and it’s really interesting. You get to see lots of amazing things happen here and it’s got a great culture.

“But no two days are the same. Yes, we have the core of our roles, with scheduling and meetings, but then on the flip side of that we get to do other exciting things.”

“I have learnt to be very resilient because you are coping with a lot of challenges on a daily basis.” Anna Chan, Viacom International Media Networks

With five years under her belt at Viacom, Khoo has held roles within the Nickelodeon programming and creative team and MTV digital team, as well as having worked as production coordinator for Nickelodeon and Comedy Central. Meanwhile, Chan has been at the business for almost three years, working as a PA within the consumer products section, which is the licensing arm of the company.

“My first ever job was when I was at university where I was a PA for a company in Barcelona for the summer, and that’s how I discovered the existence of a PAs role,” Chan reveals.

“After I graduated, I trained as an English teacher and I was working at an English school in Taiwan, and then the CEO’s secretary decided to leave. They were looking for a PA who was bilingual, so someone who could speak Mandarin and English, and that’s how I became a full-time bilingual PA to the CEO at the school.”

However, Khoo took an alternative role before she chose a PA profession. “I had a different career many moons ago and I was working as a receptionist for various places as a temp, while doing my other job as well, which was in radio. Then eventually I decided to move away from the career in radio and I ended up doing more and more PA work,” she recalls.

With such busy schedules, it must be tricky to enjoy hobbies and find the time to unwind and relax. Despite this, Khoo tells me how she is involved with two bands, a steam punk and a ‘90s alternative rock band. Since joining the groups, Khoo has had the pleasure of performing at a festival plus gigs around London, and is looking forward to touring around the UK and releasing a single in February.

Khoo continues: “I play bass and I sing, as well as performing a bit of backing vocals. I have been a musician all my life and it’s one of those things I have always enjoyed. It’s my love and my life.”

Having travelled the world and worked in several countries, including Brazil, Taiwan and Spain, it’s unsurprising to hear that Chan is keen to learn even more languages and explore more of the globe. With the Machu Picchu Trek and a visit to the salt flats in Bolivia on her bucket list, 2018 and beyond looks set to be incredibly exciting. 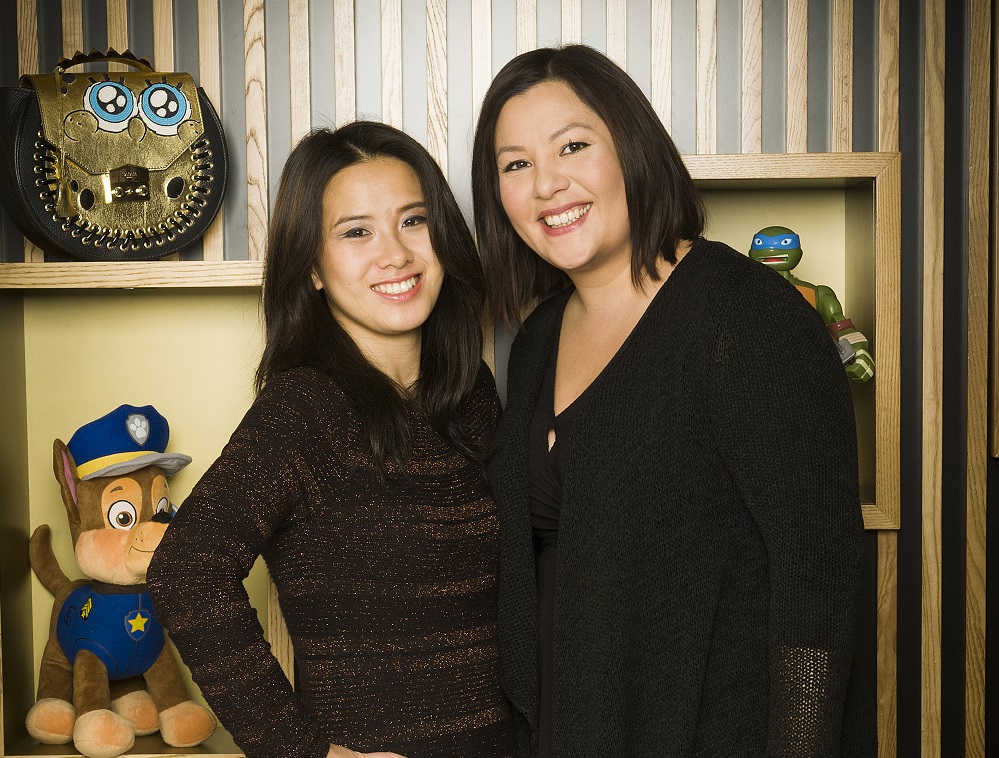 “I love to learn new languages, as when you travel it helps so much because you can connect with the locals,” Chan shares. “I would love to travel a lot more, especially to South America and also Asia.”

Having known each other for almost three years, it’s clear that Chan and Khoo have a deep friendship and a real rapport with one another. With both looking after at least three executives at Viacom, both of their roles are very similar and require their full attention at all times. To help keep on top of things and continue their relationship with one another, as well as the other PAs in the building, Khoo understands the importance of keeping a PA network alive.

Khoo continues: “I always try and get EAs and PAs together to link them up and keep a community because we’re each other’s team. So, we will email each other for advice on things such as restaurants and any other suggestions. I try and put together an internal EA/PA network, keeping everyone up to date on bits and pieces and we just pass it around to help one another. I think it’s very important to keep your network close and active.”

Maintaining a positive relationship with your boss is equally as important to Khoo and Chan. As many PAs and EAs have similar roles in whichever industry they are in, working alongside your superior and forming a close bond is key to any PA’s career.

“I have learnt to be very resilient because you are coping with a lot of challenges on a daily basis, but also to be able to step out of your shoes and step into your boss’s and see things from their perspective in terms of how they would like things to be done,” Chan explains.

“When you work closely with someone you have to get into their head and figure out how they want things done. I think that’s the key to being successful in a PA role.”
Joanna Khoo, Viacom International Media Networks

Khoo concurs: “The whole success of your role really does depend on your relationship with your boss. When you work really closely with someone you have to get into their head, you have to try and figure out how they work and how they want things done, and I think that’s the key to being successful in a PA and EA role.”

Looking after up to three executives’ agendas each, finding the time to step away from their desks surely can be difficult. However, Khoo believes finding a healthy work-life balance is crucial to ensuring any career moves in the right direction.

“You have your job and do what you do and enjoy it and work hard, but there’s always that world outside of work and I think that’s a really important thing to nurture as well,” concludes Khoo. “I think it’s vital to work hard and play hard. You have to make sure that you always nurture outside interests, because it makes you a happier person. The more I do creatively the happier I am generally, and the happier I am the more you get out of me at work, so it really feeds itself.” 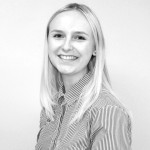