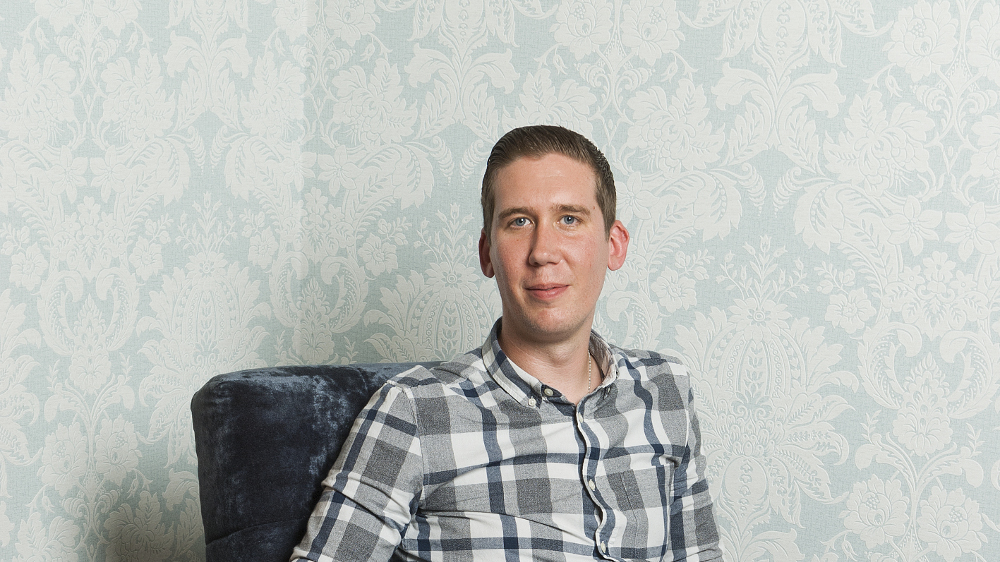 Male assistants are few and far between, so when I come across a man in the community I’m instantly intrigued to get his thoughts on the profession. Add to the mix the fact that Craig Harris, EA to the Fundraising Director at housing and homelessness charity Shelter, was recently crowned the first male winner of Pitman’s SuperAchievers PA of the Year category and I know he’s perfect for our next profile.

When I meet Craig at Jones Family Project in Shoreditch, he tells me he’s in the middle of organising a house move while getting ready for a holiday with his partner. In true PA fashion, he seems completely unfazed by the pressure. “Assistants deal with stress all the time; it really helps when things are busy in my personal life,” he says.

Before becoming a PA, Craig worked in customer services for 10 years. So what made him decide to make the career change? “My customer support experience taught me a lot of good transferrable skills, but I always knew I wanted to be an assistant. I never did it because I didn’t think I had the right experience to make someone want to hire me. Eventually, it got to the point where I told myself I couldn’t put it off any longer. I looked for roles that would allow me to utilise the skills I already had to get my foot in the door.”

Why choose the PA profession? “It was the versatility of the job that attracted me. Unlike other jobs, you get a reach into other parts of the organisation. You have typical tasks as a PA, but every day changes. I really loved the idea of being an integral part of someone’s support system and knowing that I would be helping them succeed. It’s a really good feeling, and I thrive on being part of a close-knit team like that.”

It wasn’t easy for Craig to break into the community, though. He explained in an article for our May/June 2017 issue that he faced judgement for the fact that he didn’t have the right experience to be a PA. He continued to push and eventually his persistence paid off. “You have to work hard for it because nobody is going to hand you the perfect job on a silver plate. If you want it, you’ve got to get out there and get it for yourself. It was a hard journey for me, because I went straight into work from school and a lot of companies were looking for people with degrees. I knew I could do the job though, so I pushed for it and managed to find an employer willing to take a chance on me.”

That first assistant role was a career-defining moment for Craig. “My bosses were great because they let me work things out on my own. It was one of the best things they could’ve done for me; it taught me to think on my feet and allowed me to find out the best way of working for me. It set me up for future jobs.” 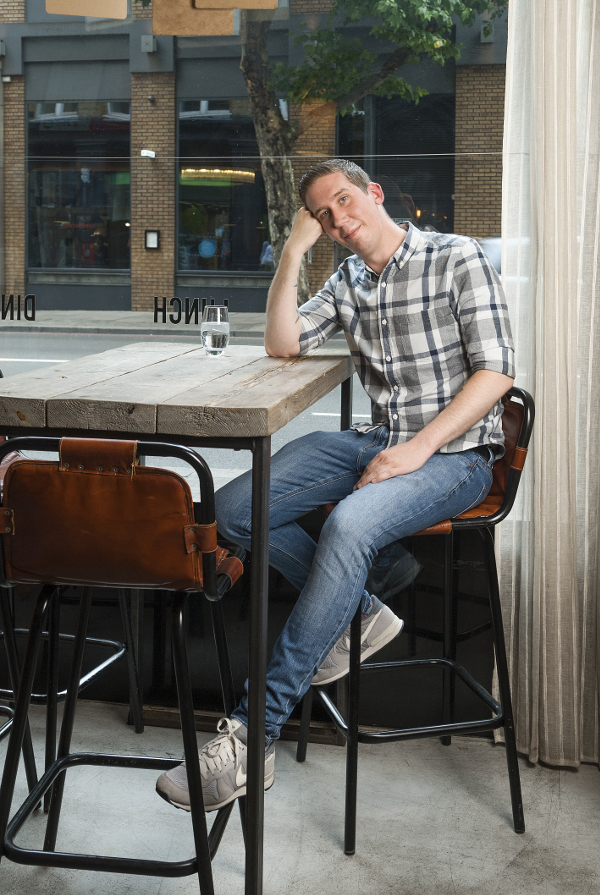 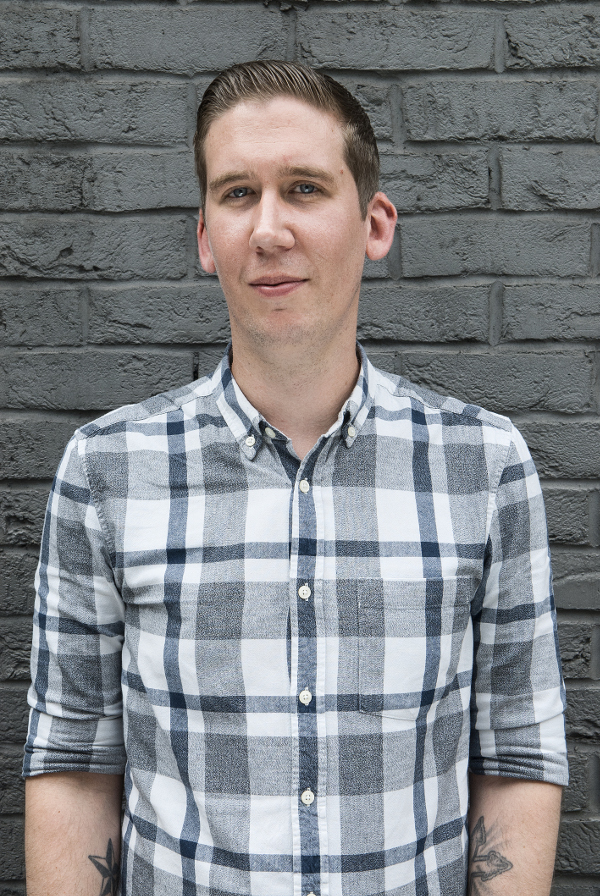 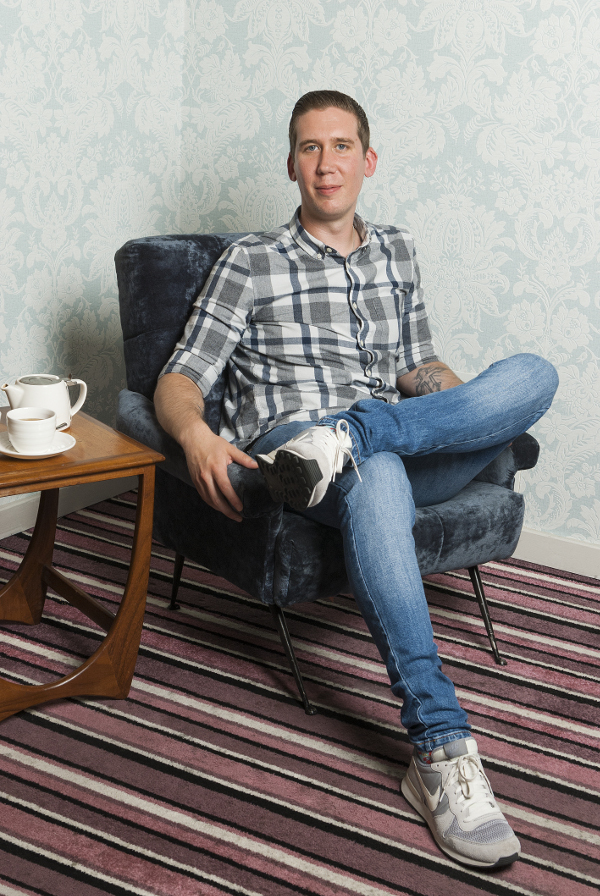 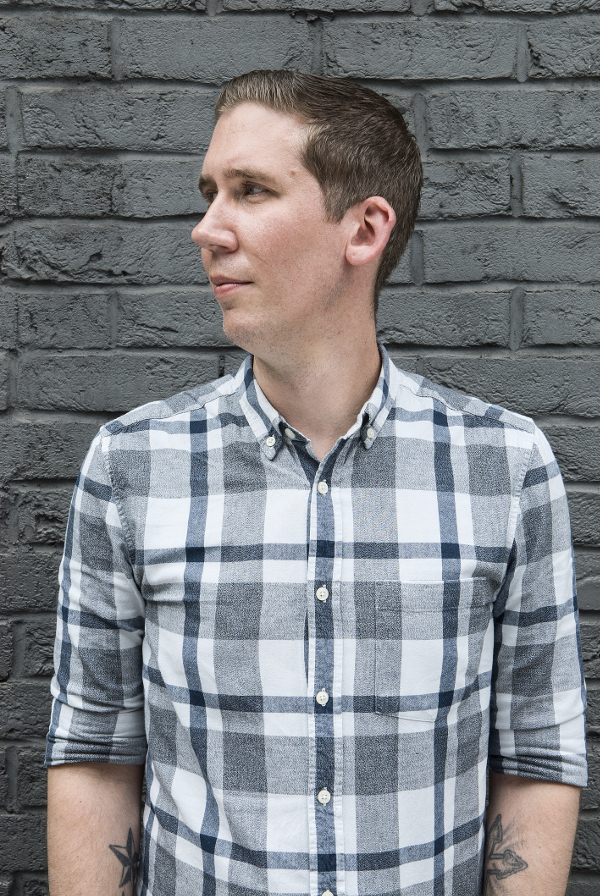 After two years, Craig decided to pursue another life goal – to work in the charity sector. “I knew in the back of my mind that eventually I wanted to give back by working at a not-for-profit. NSPCC is a charity that has always been very close to my heart, so when I saw a job listing come up I knew I had to go for it. At first, I was told I didn’t have the right experience, but again I pushed for it and eventually got the job.” He laughs and continues: “I think it was probably due to the recruitment agent getting annoyed by me constantly asking to be put forward; I didn’t leave her alone until I got what I wanted! She was great because she kept suggesting other roles that suited my experience and education level, but I was very blunt and told her I would be bored in those jobs because I knew I could do more than that.

“I’m so grateful for the director who took me on; without her taking that chance I wouldn’t be where I am now. I owe her a lot. She made me realise the importance of self-development. Obviously traditional training opportunities are limited in the charity sector due to budget constraints, so you have to be quite savvy and find other ways of learning. She encouraged me to start networking. At first, I didn’t see the point until I went to my first event; I realised I was standing in a room full of people with experience and skills I didn’t have who were willing to share their knowledge with me. That director definitely set me up to be the PA I am today.”

Does he encourage his fellow PAs to network? “Absolutely. Networking is an unbelievable resource. Other PAs understand the stress you’re under and the funny quirks that come with the job. You get the social side where you laugh about things that probably only happen to assistants, but you also get an incredible source of knowledge. For instance, I asked an online group if anyone had ever done a ‘clean office’ programme to get organised and within an hour I had so many responses with advice. PAs are so collaborative. Let’s face it – the profession is changing. We’re becoming more like strategic business partners, so we’ve got the opportunity to learn a lot more, and the best way to do that is to talk to somebody who’s already doing it.”

Networking can sometimes be difficult for male EAs, as Craig points out that he’s often the only man in the room when he goes to events. When Victoria Darragh from the EPAA approached Craig to add his voice to the Not Just a Girl’s Job campaign, he couldn’t turn down the opportunity.

“Victoria’s research found that 97 per cent of assistants are female – that means there’s such a small percentage of men in the profession. She wanted to find out why men aren’t taking up the role. Myself and the other male PAs in the campaign have had discussions about our own experience and what might be stopping other men from joining the profession. We’ve talked about stereotyping of male PAs. From that we decided to start promoting the job as a career choice for everyone regardless of their gender. A lot of people have asked me where I hope the job leads me, as if it’s a stop-gap to get my foot in the door with management positions, but I chose to be an EA as a career. Discrimination against male PAs does happen. I had never experienced it myself until I was looking for a new job; a fellow PA mentioned to her boss that I was on the market and he told her he thought it was weird and that he would never employ a male assistant. That was the first time I realised there are still people out there who think like that and hold those stereotypes. That’s why I think the EPAA’s campaign is so important.

“I find it really hard to pinpoint what the issue is. I hear the argument that it’s ‘women’s work’, but that’s being disrespectful to both sexes. What are they trying to imply about the profession when they say that? I find it shocking in this day and age. Equality goes both ways – if you say women can do any job they want, the same has to go for men.”

What challenges has Craig overcome on his career journey? “I’ve definitely made mistakes along the way, but luckily I’ve had amazing bosses who allowed me to learn from those mistakes. I’ve also come round to the fact that PAs have to be adaptable. At the end of the day, I believe a large part of my growth in the role is down to the way I’ve developed my skills. Learning from my peers has shaped the way I’ve grown.”

That determination to succeed has obviously paid off, as Craig became the first man to win the Pitman SuperAchievers PA of the Year award. How did he get to that point? “I had never put myself forward for an award before, so I was really nervous about blowing my own trumpet. But when I started showing some interest in SuperAchievers, all of my bosses past and present, my colleagues and other PAs took the time to nominate me – even my first exec, who now lives in South Africa. It’s lovely to know that so many people feel strongly enough about me to take the time to recognise me.

“The award is internationally recognised, so I thought it was mad when I got through to the voting round. I remember getting the email saying I’d won; I was talking to a colleague and saw the message notification at the bottom of my screen. All it said was ‘congratulations’, so I thought it couldn’t be the award announcement. I must’ve read the email three times because I was so shocked. The other two finalists are absolutely amazing so any one of us deserved to get the award. Once the shock wore off I felt immensely proud. I’ve worked really hard to get where I am, and winning the award validates the effort I’ve put in. Being the first man to win it, I think it also says a lot to other men about the career. I can now stand as an ambassador for male PAs to show that we can be just as successful as women in the profession. It was also really nice to make my partner and my family proud because they mean the world to me.

“More than anything, I think it’s changed my stance in the PA community; I’ve had a lot of assistants get in touch to congratulate me or ask me for advice. It has opened up more opportunities to give back, which I think is brilliant.”

Looking to the future, Craig says: “Right now, I’m very happy where I am, but I don’t know what the future might bring. I will never turn down a good opportunity. In the meantime, I’d love to do more public speaking and writing.”

Craig’s best advice for his fellow assistants: “Firstly, be tough-skinned and adaptable. Your boss needs you to be on the ball. Secondly, understand that development is key. I’m an advocate for gaining new skills; if you want to be the best assistant you can be, you have to keep learning.”

That’s sound advice from a true champion of the profession.