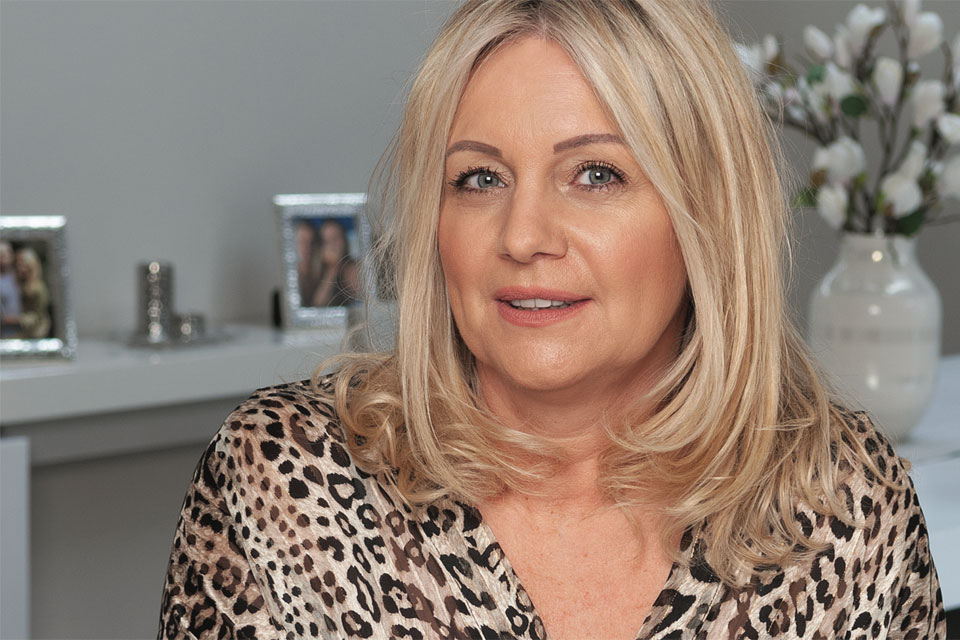 Monica Lien is the PA for the broadcaster Pat Sharp. Under her married name of Monica Sharp, she’s also his wife. PA Life speaks to her about the peculiarities of working for a man within the media industry – who is also her spouse…

How did you meet Pat?

It was at a nightclub in Norway, I was visiting a friend who worked there and Pat had been doing a guest DJ set. I didn’t know who he was because I didn’t watch TV. He was hosting music videos on Sky Channel across Europe. I was just 18 and in those days there were obviously no mobile phones or email, so he started writing letters to me. That was in 1984 and we married in ‘86. When I moved over here his career was starting to take off – he signed to Capital FM in ‘87 and then there was Funhouse, which started in ‘89. He was really busy – and has been ever since. We’ve now been married for 33 years.

In the early days, did you work with Pat at all?

No, I was very lucky that I was able to be a full-time mum. I had three children in five years, so I was very busy myself, particularly having one at school, one at nursery and one at home. I loved being a mum and to be honest, it was good training for being a PA – managing three small people’s diaries; being organised. You’re always busy as a mum!

How did you get involved in the business with Pat?

I had obviously always been around the business, although I didn’t really go along to Pat’s gigs, as it wasn’t really my thing and I didn’t think it was right for Pat to have his wife hanging around! That’s not me.

Pat had a manager for 30 years, but technology – particularly his website – means that’s not as necessary for him nowadays. People find us via our website and contact us regarding events, festivals, after-dinner speaking, tv appearances and so on. I now manage all those bookings for Pat. I speak to people about what they want from him and sometimes get involved in how they’re organising their events because we’re very experienced in that world. We can offer advice because we know what works and what doesn’t.

What’s the biggest part of your job?

Without a doubt, it’s negotiating his personal appearances. I have always worked with people in my career, but negotiating is not something I’d done previously. It was a challenge at first, because it can appear a little intimidating. But then I thought ‘you know, they’re just ordinary people at the end of the phone’. They want something, I want something. I’m very lucky because most people are really nice to deal with. I find out what people want, what their budget is, get a feel for the event, etc. And we have people coming back to us to book Pat time and again, so I guess that shows he’s doing a good job. And he’s started doing more ‘corporate’ events recently too, so that’s an interesting new element of the business.

Describe a typical day for you.

There isn’t one. Every day is different for us. It’s all about contracts, diary management, negotiating and more. You never know what’s coming up. But we work from home, which is great and means we can be flexible with our time. But one thing I’m really strict on is getting up, getting showered, dressing for ‘work’ and putting on make-up. I may be working from home, but it helps me get into the right frame of mind.

What are the pros and cons of working with your husband?

I think Pat and I work really well together. He is very organised and on-the-ball, so he doesn’t need much ‘managing’. And generally, we’re pretty well co-ordinated on things.

The downside is that you’re together pretty much all of the time. But we make sure we go out of the house and do fun things together too.

How do you stop being Pat’s PA at the end of the day?

I don’t! [laughs]. I can be speaking to clients at 10pm at night and if Pat is working, I could still be organising the final details.

But we can still be husband and wife, absolutely. We’re a pretty solid team.

What are the peculiarities of working within the media world, as opposed to working in the commercial world?

To be honest, I’ve never known anything else; I’ve always been around celebrities because of Pat – since I was 18. So I’m not fazed by it; I never really think about it. It’s just what we do.

So, who are the most famous people you have in your contacts book?

I guess Chris Tarrant would be high on the list, with Pat having worked alongside him at Capital for many years. Chris Moyles remains a good friend too. I guess you need to be called Chris, right?! And then, of course, there are the acts we work with at all the Let’s Rock festivals, such as Tony Hadley and Jason Donovan. They’re lovely people who we still enjoy working with to this day.

You were pushed into the spotlight a little when Pat was in the jungle – how did that feel, and how did you cope with it?

Well, when he went into the jungle, we knew there would be some controversies that the media would try and create – as that’s the game! When I landed in Australia the press was waiting for me at the airport to ask me what I thought about Pat flirting. I just thought ‘are  you for real?’. They were trying to make something out of nothing, but I guess that’s their job! You just have to take things in your stride.

But it was great in Australia! We got to know some great people and made some lifelong friends who we still see regularly. Pat’s thing was being in the jungle, but for me it was a fantastic experience of being amongst new friends.

We’re talking about relieving stress, and wellness elsewhere in the magazine. How do you relax at the end of a busy day?

Oh, a glass of red wine or two, definitely. If you can’t have wine, what’s the point? [laughs]

Pat Sharp began his radio career in 1982 at Radio 1 and he also hosted Top of the Pops, before kicking off a decade-long stint at Capital FM followed by Heart & Smooth. On TV he also gained cult status as the host of ITV’s Funhouse.

In 2011, Pat headed into the jungle for I’m A Celebrity, along with Stefanie Powers, Mark Wright, Willie Carson and Fatima Whitbread.

Today, he remains behind the mic, presenting shows for the Bauer Media national station Greatest Hits Radio. He comperes the ‘Let’s Rock’ ‘80s summer festivals and is in demand as an event host and after-dinner speaker.

“Monica is brilliant at what she does, because she knows me so well. That’s a big advantage of her working with me – she knows what I will and won’t do for an event. And she manages everything for me – where I’m going, what I’m doing, even my outfits!

I guess the downside is that we don’t come home from work and ask each other about our day, because we’ve often been together all day. But I think that probably shows what a good team we are. Many couples wouldn’t be able to do that without driving each other crazy.”