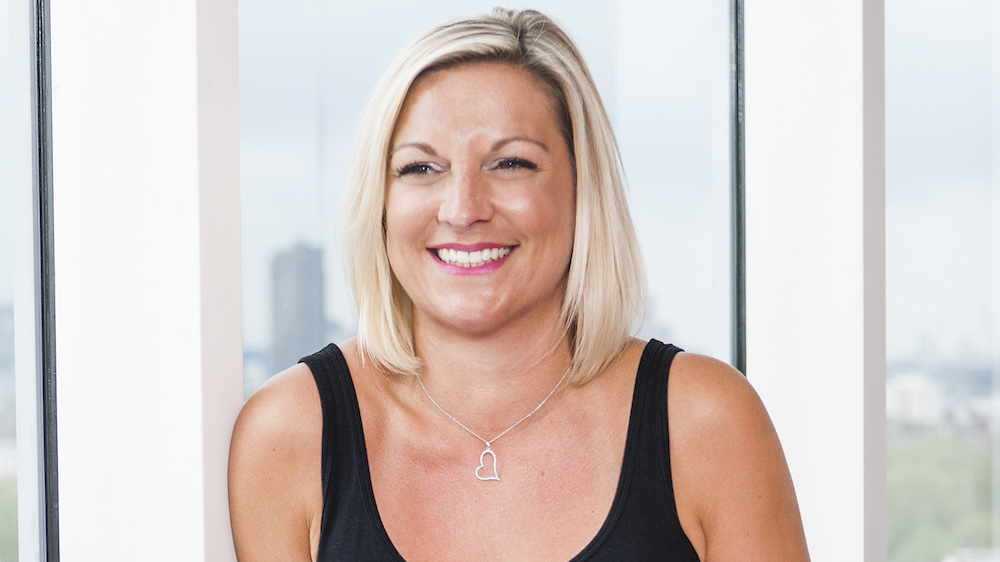 I met Bristol-born Samantha Cox back in May this year when she flew into London to host a headline Keynote Q&A at office* 2016 and talk about her experience as former EA to Sir Richard Branson.

I arrive early at the London Pullman St Pancras, our destination for today’s shoot, to ensure that every requirement is in place. I glance at my watch and see that I have half an hour until both Sam and my photographer Dave are due to arrive. I’ve got time for a cheeky glass of fizz – it’s five o’clock somewhere in the empire, after all. Sam arrives shortly after I’ve placed my order and before I can change it to a more ‘professional’ coffee, she opts for a glass too, as we easily slip into conversation.

Considering she jetted in from the States only a few hours ago, she is full of energy and chat. It’s so easy and comfortable that I’m interviewing her informally, without even realising and having a chance to press ‘record’. ‘Work hard, play hard’ was her and Richard’s maxim, she tells me – and after just a few minutes in her company I can see why. “I loved speaking at office*. The thought that I could empower one person to push themselves out of their comfort zone and to try and do something they’ve never thought possible gives me a great deal of satisfaction.”

Dave arrives. “Well this is going to be a fun couple of hours,” he says wryly. Rather apt then, that the hotel has booked us into the ‘The Business Playground’ for the afternoon, which ironically aims to reflect the brand’s motto of ‘Work Hard, Play Hard’ too. Addressing the needs of modern business travellers, Business Playground by Pullman is “a place where performance meets pleasure”, the hotel manager tells me. I visited the space for a private media dinner back in March and can confidently suggest it as a worthy destination for corporate get-togethers, be it dinner parties or board meetings. The panoramic view overlooking London proves an impressive setting. Designed by Mathieu Lehanneur, who is at on the forefront of the international design scene, the space is designed to make people feel comfortable in order to make them more creative. “I’ve designed this room to make people feel confident – through things like the body language I’m enabling them to express,” says Lehanneur. The area is replete with the latest technology for executive business meetings, conferences and workshops, as well as stylish features including the Pullman ‘Poke Table’, ‘Curiosity Boxes’ and Nespresso machines. Accessories are 3D printed. The aim? To ensure the meeting becomes a pleasurable experience, a game.

During the shoot I learn that Sam started out as a holiday rep for a camping holiday company in her late teens. She then went on to work for one of the most famous radio hosts in Australia, then one of the most respected entrepreneurs in the world, to now working for a hugely successful gaming company.

“I live in Fort Lauderdale, Florida and am now the Director of VIP Services for Seminole Gaming, which owns Hard Rock Hotels and Casinos. I’ve been with them for three years. When I started with the company back in August 2013 they had no VIP services. Since then I’ve created a VIP Programme, a Butler Programme and a Private Jet Programme, ensuring that all our biggest players and guests have a truly unique VIP experience. I have a team of 23 and still adding team members. Prior to this however, I spent four years as Sir Richard Branson’s personal assistant. Not bad for a girl who left school at 16.

“Working for Richard was always interesting and there was no such thing as a typical working day. When on Necker (where she was based) I would have my routines while on the island, starting my day in the office at 8am, reading emails, phone calls, daily media, interview scheduling, trip planning, jet planning and then there would be working with Richard on emails, setting up live feeds to different media outlets, video recordings with Richard to send to Virgin companies around the world, and the list goes on.”

Executive assistants have long expanded beyond an administrative role, evidently shown by Samantha’s vast array of responsibilities – project management and strategic planning to name but a few. As the job has changed, the perception of the role has shifted. More and more people are appreciating the necessity of having executive assistants. “I know that Richard would be lost without his PA.”

So how did she stay on top of the steady stream of demands and deal with stress? “I was pretty much never far from my two mobile phones. I’m forever making lists and I think being super organised was the key. One big thing Richard taught me was to never take life too seriously. Of course there were times when there was a lot of pressure, but at the end of the day I would take time to reflect on my life, where I lived, and try to let things go; tomorrow is a new day.”

I’m not surprised to hear her response to what she most enjoyed about her role. “I loved living on Necker Island and I loved travelling with Richard. We were always going somewhere to try and make a difference and I cherish all of those memories.”

She cites Virgin Unite, Richard’s Foundation, as “just incredible. Being involved with them and the projects they did was amazing. I recall being in South Africa with Virgin Unite and the Starkey Foundation and we were fitting hearing aids to people of all ages who had never heard before. Seeing a child hear for the first time is life changing.”

Her least favourite things to deal with were the never-ending flow of emails. “The amount we would get would be challenging. You think you’ve answered everyone and then all of a sudden you’ve got another hundred emails to reply to.” She names one of the biggest challenges she faced as “dealing with the aftermath of the fire on that island in 2011.”

It’s important to find a balance that gives us some time away from the stresses of the office to enjoy other aspects of our personal lives. Having a healthy work-life balance is key. Downtime is a necessity. “If you hadn’t already guessed, I love to travel and explore in my spare time. I’ve been living in the USA for three years now and I love exploring locally in South Florida and further afield in the USA. I’m also a big foodie so love cooking at home or finding new restaurants.”

It’s clear that her and Richard had a fantastic professional working relationship. “No matter where we were, we always laughed. He’s a great practical joker and was always playing some kind of trick on me.” She pinpoints one particular occasion. “Once we were in Johannesburg and all the power had gone off in the hotel we were staying in. I had gone to get Richard from his room and when he didn’t answer the door, after a few minutes I let myself in calling his name; it was pretty dark in there and I was worried something was wrong. So I enter and all of a sudden he jumps out from the wardrobe and scares the life out of me!”

Her sunny words of wisdom to anyone starting out as a PA today are: “be organised, dress for success and let your personality shine through. Be sure to smile, take lots of notes and ask lots of questions.”

And what does she hope for the future of the PA role? “That it is looked at with much more value.” 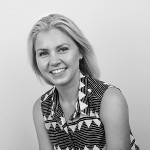