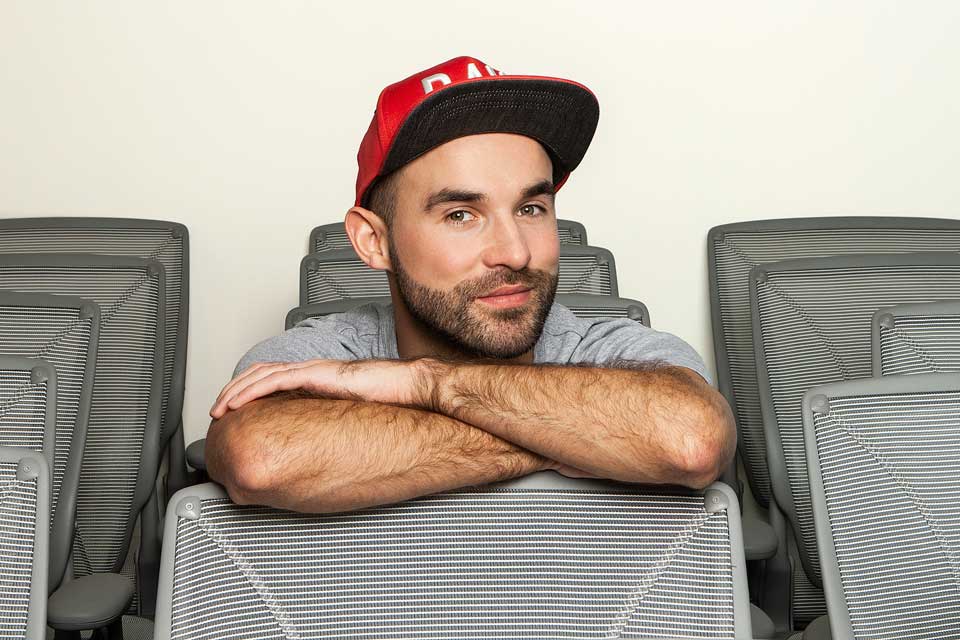 Currently EA at Spotify, Stuart Martin began his career some 13 years ago when very few males were given PA or EA roles. He talks to PA Life about breaking down industry perceptions, challenging bosses and achieving the work/life balance thanks to his employer’s focus on staff wellbeing…

How did you become an Assistant?

I worked through the summer of 2011 at a really cool digital marketing agency in Brighton called Spannerworks, with the view that I would then go on to university to study computing.

The agency were looking for a front-of-house/receptionist at the time and I went for the interview. They were very honest and said that it was pretty unusual for a boy to apply for the role. However I was fortunate enough to get the job! It was only a couple of years later that the HR Manager told me that they were looking for a boy all along for the role as they were keen to break down the stereotype surrounding the front-of-house/receptionist role.

That was 13 years ago, so having a 17 year-old male receptionist was, at the time, very different.

About a year into the role the CEO asked me how I would feel about looking after two of his Directors.

I agreed and initially looked after diary management for both Directors, while also adapting to the different styles of both – one was very intense and wanted everything booked yesterday, while the other was very laid back. Spannerworks was acquired by an American marketing agency called iCrossing and the CEO suggested that I don’t go to university and instead ‘stay on the journey’ with them instead. So that’s exactly what I did.

I stayed there for four years, during which time my role evolved to take on the PA requirements of the CEO along with office management.

I realised that to further my career I would need to move to London – which I did – and worked for a number of companies including a PR agency, L’Oreal, and a number of advertising and marketing agencies. The common theme was that many of the people I looked after were very high-profile, quite intimidating characters, which gave me more confidence to approach bigger brands.

How did you start your career at Spotify?

I was working at the digital agency Dare when it was acquired by in-house specialist agency Oliver. I was given the amazing opportunity to become PA to their new UK CEO, Sharon Whale. She was inspiring – one of the most incredible women I’ve had the pleasure to work with – and gave me so many opportunities to grow and think about my career path. My role at this point was PA to the CEO, handling office management, organising a travel management platform, health and safety, events, managing the front-of-house team etc… It was a really varied role.

After four happy years at Oliver, Spotify approached me through LinkedIn and asked if I’d be interested in a position that they were advertising. I was at the point in my career where I was up for the challenge and the move to Spotify, even though I knew I would miss my current boss terribly. Looking back, I’m really happy I made the change.

Spotify absolutely encourages agile working, with a transparent, honest work ethic that expects you to fulfil your workload around a positive work/life balance. As a Swedish company there are very strong family values.

I’ve been very fortunate that, from day one, the company knew that I lived in Brighton and commuted to London for work. My boss doesn’t expect me in the office every day, and as he starts at 10am I can commute in at a later time which makes my journey in much more bearable!

All the offices globally provide breakfast and lunch for staff, along with ‘grab and go’ areas stocked with fruit, etc, with the actual design of the office based around a comfortable working environment that offers effective collaboration between teams. Plus, working for a music company has added benefits such as free tickets to live music events.

What are you most proud of in your career to date?

I went into a particular role where the person went through 12 PAs in just 18 months. She was viewed as this ‘impossible’ boss figure, and I was hired because the company thought that, with my experience and attitude, I could perhaps find a different way of working with her. More often than not, what you find with someone who’s viewed as having a difficult personality is that they’re not actually ‘difficult’; they’re just not communicating what they want effectively. It’s about finding the root cause of the problem and solving it, so that the person then views you as ‘the problem solver’.

My advice for aspiring PAs? Identify your strengths. Try and focus on being great in certain areas. Nobody expects you to be amazing at everything – that’s impossible.

I eventually became this particular person’s ‘go to,’ and organised everything for her – doctors, nutritionists, personal holidays, house moves, etc. Most people would see this as an impossible role, but I embraced it as a challenge and thoroughly enjoyed it.

Also, the travel management company roll-out at Oliver and subsidiary companies gave me a real sense of achievement. Usually this would be given to a procurement company to complete, but my boss knew I had enough experience to take on the responsibility, interview the various companies, look at the options on offer and choose the right one, based on the millions of pounds that we spent on travel in a year.

How does your relationship with your current boss work?

He’s very different from all my other bosses as he’s very self-sufficient. For example, it’s taken him a long time to feel comfortable with me getting his lunch, which has been an expectation with previous bosses!

Also, the Spotify work ethic encourages employees to make their own decisions and do their own thing, so for him to ask me to do certain jobs for him was at loggerheads with the company ethos. That said, I now book his travel, which I love doing, quite often to short briefs.

He’s fantastic, he’s a real thinker, so a lot of the time he’ll be in the office with headphones on messaging me. He’s also aware that my previous bosses needed a bit more ‘TLC’ than he does, so he recently asked if I would like to take on more of an operational role within the department as well as being his PA. This means I’m now planning and organising events and getting involved with things I wouldn’t normally do, such as the construction of our new user research labs in London and New York, assisting with ‘lunch and learns’ and community socials, plus working with other heads of departments.

Does more need to change so that men can be recognised as PAs?

The industry is changing, but I personally don’t feel that it’s changing fast enough. There are some very forward-thinking companies that are fantastic at being gender neutral when it comes to recruitment selection. However, you do find smaller companies are quite stereotypical with heir recruitment policies, even if they say they aren’t.

Over the years I’ve interviewed at lots of companies and I’ve come away from them knowing I wasn’t hired because I was male.

There also needs to be more understanding of what a PA role consists of – a good PA navigates all the problems you have through your day or week, or month.

Any memorable moments in your career?

I’ve won a couple of awards, including the 2014 SECS in the City PA of the Year and the 2018 Miss Jones EA of the Year, both being the first time a male has been giving the accolades.

It’s a great feeling to be recognised and rewarded for the work that I’ve done.

From a personal perspective, I can also look at my career and know that I’ve achieved the things I’ve done through experience rather than the University route.

Any challenges in your career that stand out?

During my time at L’Oreal I looked after the General Manager of L’Oreal Luxury. She set me the most impossible task, but I somehow managed to pull it off…

She was a tough cookie and notorious for losing her phone. All the time. On this particular occasion she was in Paris at L’Oreal HQ and I got a call from her saying: “Stuart, I’ve left my phone in a taxi and I’m about to get the Eurostar back to London. When I get back to my house I expect a phone to be there fully synced with my emails.” I had approximately three hours. I came off the call and thought ‘how am I going to do this?’. I went to L’Oreal’s IT department in Hammersmith, explained the situation and they laughed at me! Anyway, I managed to reach out to the right people within IT and pull in enough favours so that I was able to get a new phone synced with the correct data and to her house about 15 minutes before she arrived. To this day I’m still not sure how I did it!

Any advice for expiring assistants?

Identify your strengths. Try and focus on being great at certain things. Nobody expects you to be amazing at everything, that’s an impossible expectation.

Still being an EA! I love Spotify, I work with talented and passionate individuals who genuinely believe they’re making the music industry a better place for the user and artist. Our CEO Daniel gives us the belief that we’re all part of something special, which I love.