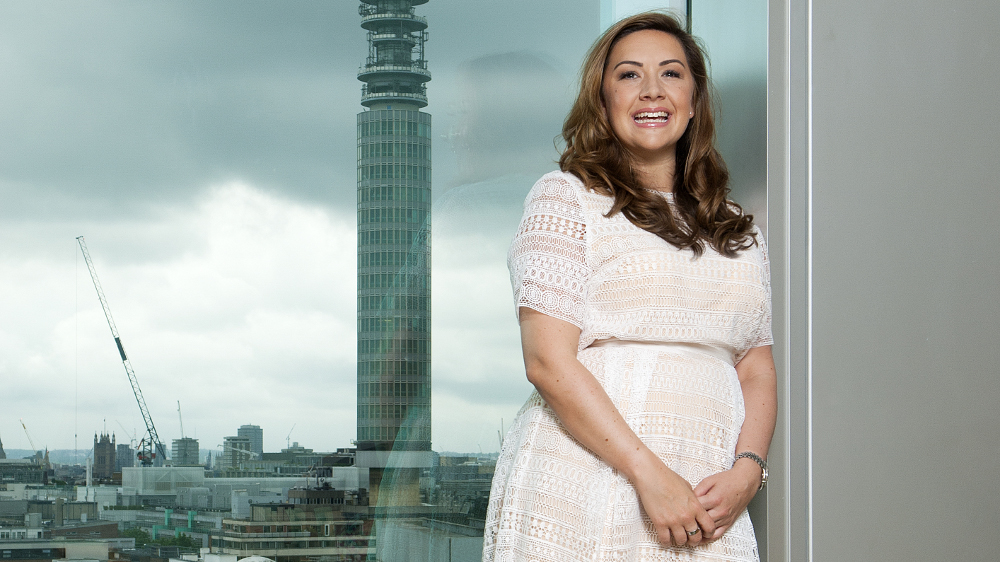 I have a rare opportunity to go to Facebook’s London office to interview Hannah Jepson, Executive Assistant and 2016 winner of PA of the Year at the London PA Awards. Arriving at the Euston campus, Hannah’s welcoming smile immediately tells me this is going to be a great morning and we get down to the nitty gritty of her career.

“I kind of fell into the role,” Hannah admits when I ask her why she became an assistant. “It was a happy accident. I went to the London College of Fashion and went straight into fashion buying as an assistant, but I always knew that I was super organised. That was the side of the role I loved, so it was a natural decision for me to go down the PA route.”

Her first PA role was at Microsoft, and I’m intrigued to hear how she landed such a sought-after position. “I knew I wanted a challenge and a typical PA role so when I saw the job advertised at Microsoft I contacted the agent. She said there was no way she would put me forward because I didn’t have any relevant experience, but I ended up calling her every day begging her to get me an interview.

“One day she phoned me to say one of the candidates had cancelled and asked how quickly I could get into London. I rushed to get ready because I was so excited. My potential boss came right out and asked why he should give me the job when he had PAs from Google with much more experience. I looked him in the eye and told him ‘I will be the hardest working PA you’ve ever had, and if I’m not you can fire me.’ He gave me the job then and there. When I left the interview I rang up the recruiter and was so happy about getting the job she didn’t even want to put me in the running for! That was a defining moment for me; my boss took a big risk, but he saw that we had a connection and that I was ambitious. He taught me so much. To this day he’s my mentor.”

What’s her advice for other PAs facing resistance from recruiters and employers? “Persistence is key. I kept calling that recruiter, which meant I was the first name that popped into her mind when an interview slot opened. If you’re not having luck with agents, go directly to the company. Think outside the box and use different tactics.

“Your skills are transferrable, so think about what you do now and how that translates to the job you want. Be confident in your own ability and focus on what you can do, and how you’ll learn what you can’t.”

What skills do PAs need? “I always say there are three core traits – you need to be caring, calm and helpful. If you find joy in making other people’s lives easier, you’re going to go far as an assistant. It’s also really important to be the person who keeps it together when everything around you is falling apart. If you have those three attributes, you can then learn other skills along the way.”

Hannah has now been at Facebook for two years. What does she like about the company? “There’s so many things, but I think the most important aspect is the people; everyone here is really caring and wants to help their co-workers succeed. We have onboarding procedures where you can message anyone in the company to ask them have a coffee with you – and they genuinely do. It’s such a welcoming place that it’s not a chore to get up and come to work every day.” She gives me a cheeky smile and continues: “And there’s free food!”

Hannah’s journey can be seen as an inspiration for those who want to become a PA. She says her first boss was instrumental in helping her adjust to the role. “He encouraged me to push the boundaries of what a PA does, yet always made sure the job worked for me as well as it did for him. Because of his advice, I now know what’s important to me and that helps me be my best.”

What’s important to Hannah? “I always have to be learning. I need to be absorbing something and facing a challenge. I get involved in a lot of projects for the company, such as events. My colleagues and I also set up an EA networking community for assistants who work in the media industry.

“What PAs need to realise is that they are really important to the business. My bosses always ask my opinion, include me on their decision-making process and ask me to sit in meetings. Therefore, I think PAs underestimate their own business acumen.” 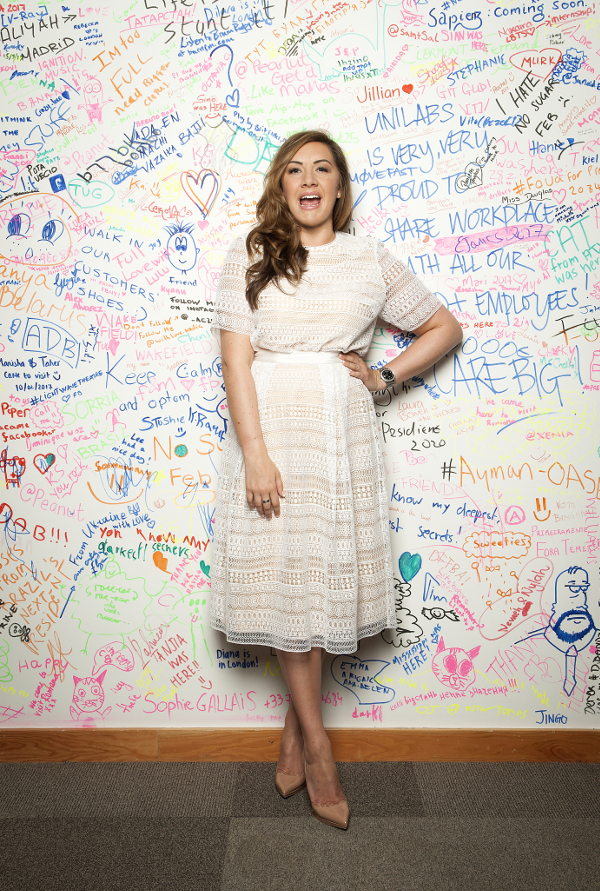 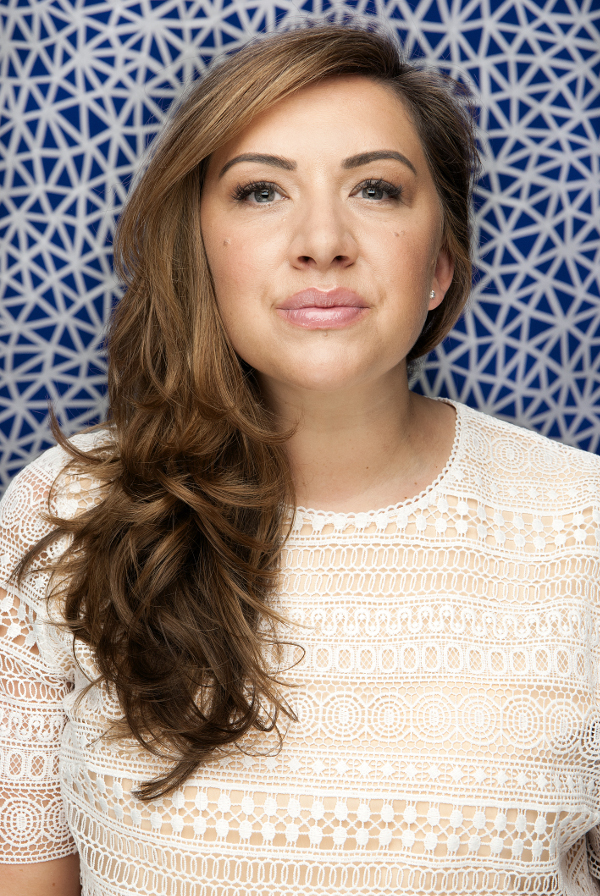 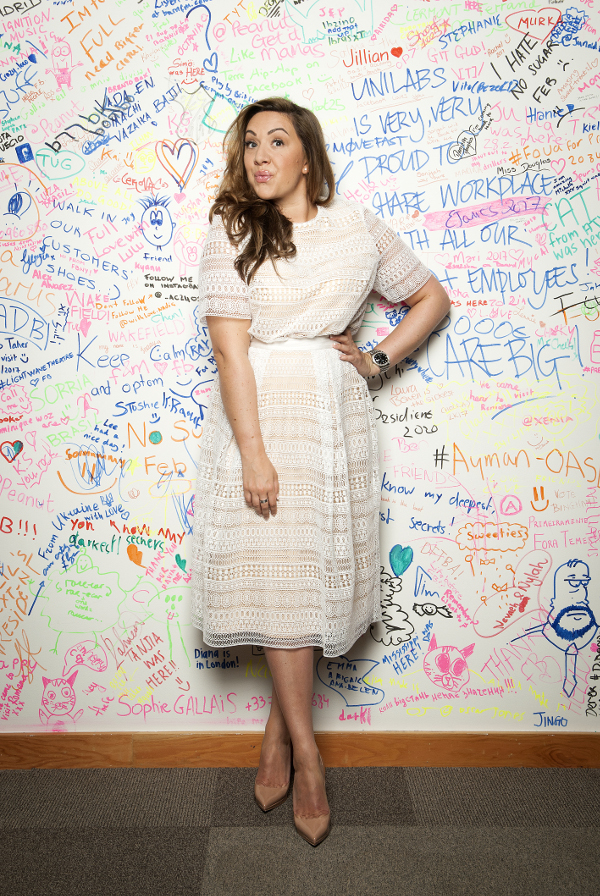 With so much going on, I wonder if there’s such a thing as a typical day in the life of Hannah. “Definitely not! I don’t know any PAs/EAs who have a ‘typical’ day. There’s the usual things an assistant does, such as scheduling meetings. Sometimes my boss makes market visits, so I have to arrange all of her travel and accommodation, then I get in touch with the teams in that market to organise meetings, meals and visits to other offices. When she’s away, I’m in the office catching up on admin. And then there are occasions when I’m off-site at events. No two days are ever the same, but that’s something I like about the job; it gives me the chance to learn and develop.”

How does she handle the pressures of her job? “The EA role ebbs and flows – you’ll have busy times when there’s a big project on, but then you might have a lull where it’s less busy. I use that cycle to manage my time because I know the busy spells aren’t going to last forever. Take the quiet moments when you can. We’re in charge of our own work-life balance. It’s important to decide what matters to you and choose how you’re going to use your down time to de-stress.”

What’s Hannah’s favourite pastime? “I’m a shopper! I also love spending time with my friends and family; it’s the simple pleasures that help me relax. I’ve got a busy job and I commute in and out of London every day, so at the weekends I want to just chill out with my nearest and dearest. That’s what refuels me. I really like travelling and going on holiday too, so I get away as often as I can.”

Does she find it easy to have a good work-life balance? “It took me a little while to find it. I’ve got better at it throughout my career. It can be difficult for new PAs because we strive to do our best and prove ourselves. As you gain more experience, you start to realise you can do all that and still have a life outside of work. At the end of the day, if you’re tired and stressed out your boss isn’t going to get the best out of you.”

Onto the topic of the London PA Awards, I ask if Hannah knew she was in the running. “A colleague nominated me, which I didn’t know until I got the call from Amy Law to fill out more forms. I didn’t really think anything of it at the time, but then I made it to the finals for my category – Above and Beyond. I was astonished to see that people were voting for me.”

How she feel when she won? “I was completely shocked. I can’t actually remember what I was thinking at the time, but it was a huge honour to win Above and Beyond. I remember turning to my colleague and asking her if we should leave because I was adamant that I wouldn’t win the main award. She convinced me to stay so we could see who got it.

“When they said my name I was so shocked I nearly dropped my drink! Going up on stage was a bit of a blur. The next day when the initial surprise wore off I had time to sit back and think: ‘Wow. That was amazing.’ I feel so proud to have had this honour for the whole year. It’s not often that PAs get recognition; we’re unsung heroes who work in the background, so it’s really nice when we get to have our moment in the spotlight. There needs to be more recognition for assistants.”

What would Hannah say to PAs who are afraid to put themselves forward for awards? “Just do it. If I’m being honest, I probably wouldn’t have nominated myself for the London PA Awards, but in hindsight I think it’s so incredible to be recognised for my work. So really there’s no reason not to do it.”

What’s her advice for the next London PA of the Year? “Just enjoy it. You deserve it. Make the most of this opportunity. I’ve had various PAs reach out to me for advice this year, so it’s a great chance to champion the industry.”

I turn our discussion to the future and ask what’s next for Hannah. “I’m one of those people who lives in the moment. My mantra is ‘enjoy your life, make memories and the rest will come’. I’m happy but I’d love to have a crystal ball!”

There’s a common thread that links Microsoft and Facebook – they’re both tech companies. I ask if Hannah is likely to stay in the industry or if she’d like to return to fashion someday. “I like to be challenged, so as long as I’m happy in my role and I have a good relationship with my boss, I’d be comfortable working in any industry. I’ve been very lucky to work with inspirational people who are seen as leaders in their field. We’re so lucky that our skills are transferrable across most industries.”

Is there anything on her bucket list? “I want to travel and see more of the world. I want to make the most of any opportunities that come my way and say yes to anything that scares me. I’m not saying I’d go skydiving or anything, but I would like to be more adventurous.”

I go a bit off-topic and ask if she has a dream boss. “That’s such a hard question! I’d love to work for the Queen. You might as well aim high, right? She seems like such a nice person, and imagine all the stories she could tell you and the things you could learn from her. Otherwise, I think I’d work for Victoria Beckham. She strikes me as being quite grounded and she’s driven by her family, yet also ambitious and inspirational in her fashion career.” I mention that Posh recently received an OBE and Hannah smirks. “I’d like one of those!”

What is her number one tip for PAs? “The best advice anyone ever gave me was to act like a swan. That means that even if you’re struggling and swimming against the current underneath, you should look as if you’re gracefully gliding on the surface even if you’re frantically paddling underneath.”