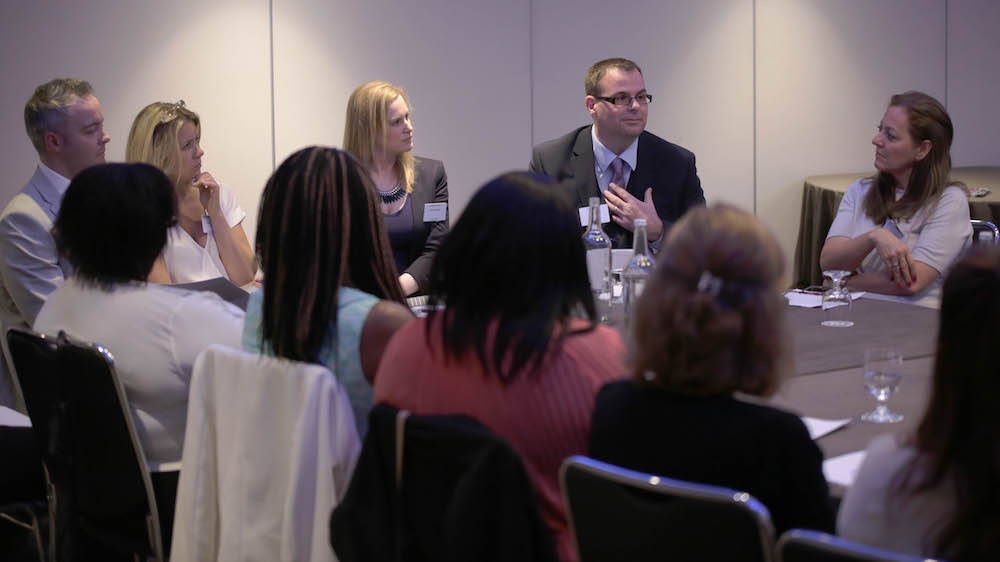 PA Life Training Day panel discussion: Taking the next step in your career

PA Life Editor Amelia Walker hosted an informative panel discussion at the last PA Life Training Day to find out how PAs can prepare to take the next step in their career. Participants gave some excellent tips and talked about their experience to help attendees in their job search.

Amelia started things off by asking how assistants know when it’s time to move on. Alison jumped at the opportunity to talk about her recent career change after eight years at ITV. “I had got comfortable and was afraid to step forward for a new role,” she said. “I finally decided that I had to throw myself off the speeding train that was my old role and within three weeks I had another job. I stuck my neck out to do what I really wanted to do and it paid off.”

Amelia then pointed out that making the decision to move is all about knowing what you want. Adam said he had been a PA at board level for years and realised he was getting bored. “I didn’t want to do it anymore,” he admitted. “I qualified as a teacher so I could work as a lecturer and ended up being offered a job as an assistant at a college. It allowed me to go into a role I was familiar with, but I learned a lot and I got to stretch my skills. You have to decide what you want to do.”

“I recently turned down a promotion and everybody thought I was crazy,” Alison added. “But it wasn’t what I wanted. I believe in expanding out, not up, meaning I want to learn more and widen the spectrum of my role rather than take a step up.”

“It shouldn’t be about getting more money – in fact that’s a really bad reason to leave a job,” Steve advised. “If what you’re after is more money, try to resolve it in your current role first, and only move on if you’re not successful.

“I also tell people not to do it just because it looks good on your CV. Think about whether you can learn and grow in a role before you go for it. Does it fit with what you want? It’s your career, so you’re allowed to be choosy with the jobs you take.

“Sometimes the best time to look for a job is when you’re kind of comfortable in your current role.”

Alison agreed, saying: “I wasn’t actively looking for a job when I found out about the position at Sony Music. I’d just had a bad week at work and happened to find out about it through the grapevine.”

Amelia then turned the topic to the use of social media in a job search, pointing out that statistics show a good number of jobs are never listed but rather filled through word of mouth. How can PAs use LinkedIn to find the right role?

“Yes it’s a great tool, but you have to be careful what you put online,” recommended Steve. “Your LinkedIn profile has to reflect your CV and your skillset in every way. At the end of the day, you’ll get a job because you interviewed well, but having the contacts on LinkedIn or through networks is valuable.”

“I will absolutely search for candidates on Google and look at any profiles that come up,” said Alison, who gets involved in hiring.

“A huge amount of assistants receive job opportunities through networking and word of mouth. When I was ready to move on from my corporate role, I thought about what I should be involved in and what recruiters would look for.”

Steve warned that LinkedIn can be dangerous if you’re looking for a job while working, as updating your profile is usually a sign to your employer that you’re thinking of moving on. However, Adam said honesty is the best policy. “Be open with your boss about your intentions. A good manager will encourage you, while a bad one won’t – it’s a great way to find out if leaving is actually necessary.”

How can PAs make their CV stand out? Speaking from experience, Alison said: “I hadn’t updated mine in the eight years I was at ITV and when I decided to leave I realised it wasn’t special. I spent hours tweaking it to match the role I wanted. I researched the job inside and out. It’s important to use your CV to show an employer that you’re perfect for the job.”

What about the age-old belief that a good CV should fit onto a single side of A4 paper? “It’s possible if you’re concise with your message,” suggested Alison. “Start by writing out the entire thing, then spend some time whittling it down to just the most essential information.”

Adam agreed. “Taylor your CV every time you apply for a job – don’t just have a standard version that you send out to employers. Generic CVs are easy to spot. If you want to elevate what you do, elevate your language to sound more managerial. Don’t assume the employer knows anything about the PA role. You have to spell out how your experience fits what they’re looking for.”

Alison said: “Remember that 99% of PA roles are vetted by existing PAs, so they can see through lies and hyperbole.”

“I think CVs can definitely fit one or two pages,” commented Steve. “Keep it relevant – remove any old roles that don’t have anything to do with the job you’re going for. Your goal is to land an interview, so you have to be able to sell yourself with your CV. Think about who your audience is and do some research.”

Speaking about modern job searching, Adam said: “The problem with online applications is it’s so easy to click apply without putting much thought into it. On the other side, companies are getting so many applications that they have to automate the process by having systems that search CVs for key words and terms.”

On the topic of buzzwords, Steve advised: “If you use keywords, it shows you’ve put some thought into the application and actually paid attention to the job specification. Keep in mind that some employers have a check list they use to comb through CVs and they’ll throw out any that don’t tick the boxes.”

How can PAs make the most of a cover letter? “It’s a chance to go into a bit more detail about your enthusiasm and show that you’ve done your research,” Steve commented.

When it comes to the interview stage, Alison recalled recent interviews her boss conducted, saying: “My boss specifically asked me to meet the candidates so he could get my opinion of them. Remember that everyone is interviewing you, from the receptionist up to the boss.

“If I meet someone who doesn’t come across as confident, I know they’re not the right fit. Don’t be afraid to chat about the company with the receptionist or the person who takes you to the interview room. Even if you do really well talking about your skills and qualifications, you’ll get bad feedback if you don’t represent yourself well from the start.”

Steve then outlined his top tips for a successful job search. “These are things you should keep in mind when you start looking:

Amelia turned the floor to the attendees for questions and the first one to come up was whether it’s a good idea to call a company to follow up at any stage. “It’s always worth it, even just to reiterate your interest in the role. If you call after an interview, thank them for their time and the opportunity. Even if you don’t get the job, they’ll remember that you took the time to follow up and they might consider you for other roles.”

How do PAs write a professional resignation? Speaking as an authority on recruitment, Steve said: “When you’ve got an offer and accepted a role, you have to take a step back and think rationally. There are only two things a professional resignation need to include: a letter to confirm your intent to resign with a thank you and a hand-over document that outlines everything you can and cannot complete within your notice period.

“Don’t be fooled by a counter offer – a lot of people who accept a counter offer end up leaving within a year anyway because of deeper problems. Avoid going into specifics about your new role because it will just spur your employer into a bidding war.

“Leaving a job is a very emotional time, especially if you’re going because you’ve accepted a new role. Don’t be surprised if things don’t go smoothly, and if they don’t, try to remain professional throughout your notice period.”

What is the best way to deal with salary differences between sectors if it means landing your dream job? All three panellists agreed that this is where negotiation skills can come in handy.

“Outline the value you’ll be adding to the business in real terms and build a case for higher pay. The worst they can do is say no,” said Alison.

“At the end of the day, this is your future. If the salary isn’t good enough even after negotiating, you need to think about the reason behind it and whether the role is worth taking a pay cut,” Steve suggested.

What do the panellists suggest when it comes to securing flexible hours? Steve said: “It depends on how brave you feel. I would suggest not highlighting your need for flexible hours until you get to the interview stage. If you wow them in person, they might be more willing to consider alternative arrangements in the negotiations.”

Going back to our discussion at this year’s office* show, assistant job titles can cause a lot of confusion in a job search. How can PAs get past that obstacle? Adam looked back on his previous role, saying: “I was an EA but also a manager. I never changed my job title because I knew the value of my job. I don’t think titles are actually that important, but a lot of people do. I think your responsibilities and skills will speak for themselves independent of your title.”

This is all valuable advice from professionals who clearly know what they’re talking about.