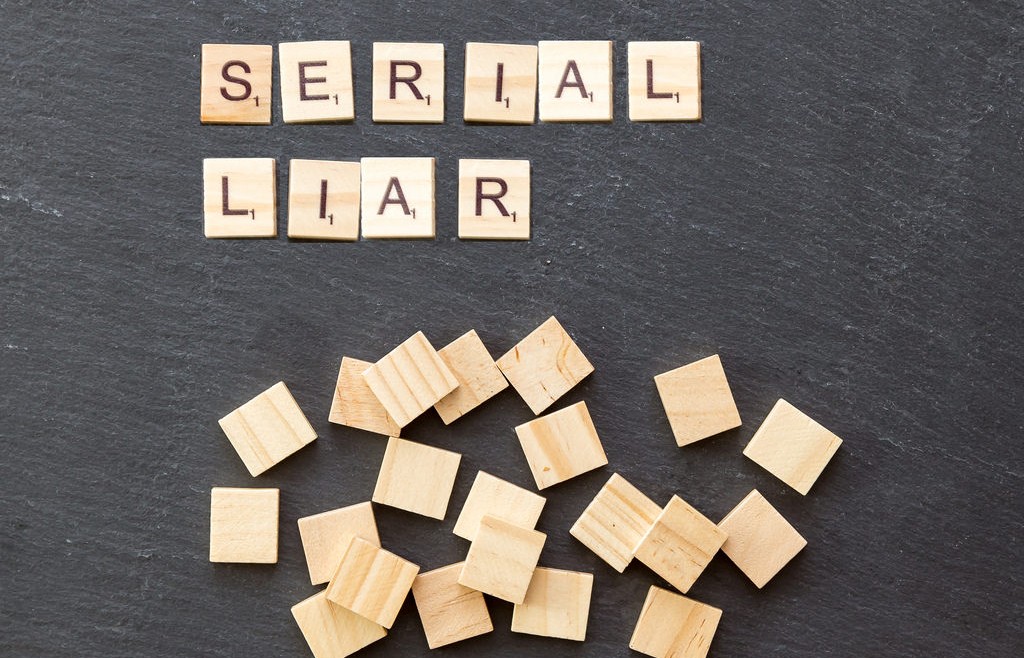 The working environment is filled with people who lie. It’s become a part of working life. Some people lie to make their life and job sound more glamorous and others lie to be harmful.

Slouching, repeatedly touching their face and sitting unnaturally still are among the signs someone is lying, according to experts.

The next time your partner seems to be hiding something or a friend makes excuses about why they can’t make your get-together, keep an eye on their body language and posture.

In addition to slouching, liars will often shrink to make themselves appear smaller – and they may also lean away from the person they’re fibbing to.

The insights were provided by therapist and behavioural specialist, Dr Sally Baker, who has teamed-up with MTV to mark the launch of its new show, True Love or True Lies, which premieres at 9pm on Monday 6th August.

Other signs someone is lying include dilated pupils, being expressionless and mirroring movements – for instance, touching their hair as you do and taking a sip of a drink as you do.

“However a liar is aware of this perception and may often make the effort to keep strong eye contact with whoever they are lying too.

And when doing so, 55 per cent avoid eye contact, two in five are purposely vague with their responses and around one third tend to fidget.

Three in 10 use mannerisms they wouldn’t normally use, more than one quarter talk ‘differently’ to how they would ordinarily and 23 per cent take long pauses before answering any questions.

But while 30 per cent think they are good at lying – just 15 per cent believe they could beat a lie detector.

An honest 37 per cent believe it is NEVER okay to lie.

The most common fib among those polled is simply stating everything is fine, followed by pretending to like a gift you’ve received.

Saying you’re busy, lying about being stuck in traffic and saying you’re on your way round off the top five most common untruths.

Researchers also found Brits tend to lie their partner most frequently, followed by their work colleagues and their boss.

But our other halves are also the person we find it hardest to fib to.

Dr Sally Baker, added: “Sometimes people lie to build themselves up – to have the advantage and their lies are self-serving.

“Some people just lie all the time, small inconsequential lies that allow them to hide their true-self and they may be motivated by lack of self-esteem.

“Lying can be habit forming though and can become normalised over time.

“Some people’s lies are survival strategies that require them to weave an ever more complex web of lies that interconnect with their previous lies.

“That’s exhausting, and if you listen to their story, you might well be able to catch out inconsistencies.

1. The liar may slouch and shrink to make themselves smaller.

2. The liar may lean away from the person they are lying to.

3. The liar may cross their legs so that their top leg blocks the person they are lying to.

4. The liar may sit with their back half turned towards the person they are lying to.

5. The liar may well self-sooth to calm themselves by repeatedly touching their face or rubbing their forehead.

1. That everything is fine

2. That you liked a gift you received (when you didn’t really)

4. That you were stuck in traffic (when you weren’t)

5. Saying you’re on your way when you’ve not left yet