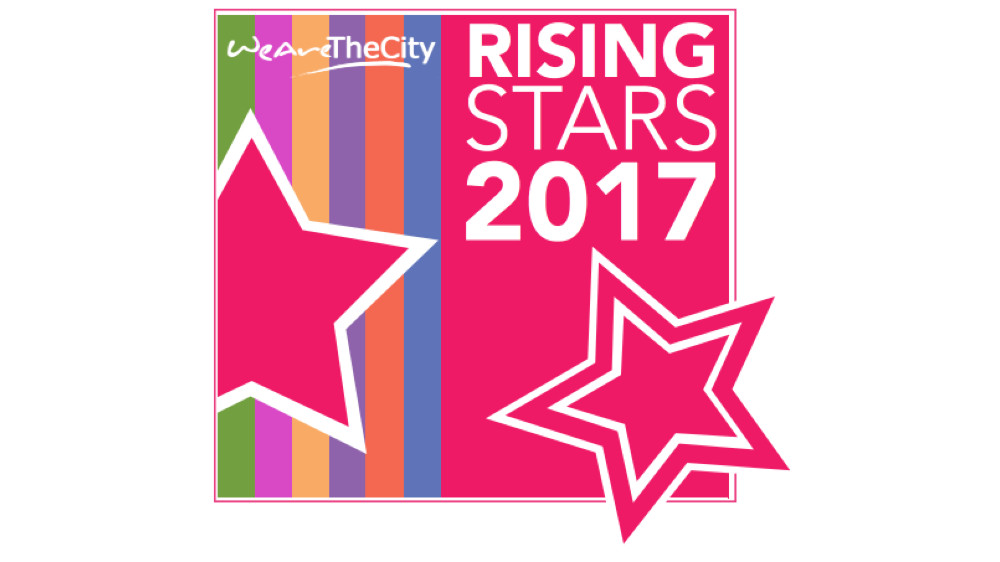 WeAreTheCity has released the names of its top 100 female Rising Stars as part of its Annual Awards Programme designed to celebrate female talent across the UK, including a select group of PAs and EAs. The prestigious Rising Star awards, now in its third year, aim to showcase the sheer volume of female talent that exists across our industries and to create role models for the future.

The awards focus on celebrating the achievements of women under management level regardless of age. Over the past three years, WeAreTheCity has built up an alumni of 200 previous winners, 78 of whom have since been promoted by their organisations as well as going on to win additional awards, including Manisha Tailor, who received an MBE during the 2016 New Year’s honours.

This year’s EA/PA category winners are:

Debra Jacobs – RBS
Debra started her varied career in the hotel industry, before moving into Conference & Banqueting. In the years that followed, Debra moved to a corporate environment organising in-house events and activities before finally moving to work for event management agencies.

After 10 years in the events industry and to achieve a more sustainable work-life balance, Debra changed career direction transitioning to a PA role.

For the past 10 years, Debra has worked with senior HR leaders across a variety of industries including Financial Services, Insurance and Facilities Management. Debra has been at RBS for seven years, working within Group HR Functions. Her current role is in Learning & Development, and she is the Founder and Chair of the PA Network at RBS.

Elizabeth Mendes Da Silva – Barclaycard
Elizabeth started her career doing PR work within the club industry while she was studying. She learned the process of working to tight deadlines and targets. Her close work with owners made her realise she wanted to become a PA, as she discovered she had strong organizational skills and an affinity for multitasking.

She is now a PA at Barclaycard after spending three years supporting nine portfolio heads at Barclays Internal Audit. Elizabeth has a six-year-old son and volunteered with the National Childcare Trust. She has recently earned a certificate in project management and continues to develop her knowledge and skills.

Emily Walker – Liverpool John Moores University
Emily taught English in Japan for two years following university before moving back to Wirral and taking on her first job as a temporary PA to the Director of Biological and Earth Sciences at Liverpool John Moores University (LJMU). Now 13 years later Emily continues in the PA profession, having been promoted to EA to the Pro-Vice Chancellor for Research, Scholarship and Knowledge Transfer at LJMU.

Jane Brazzill – PwC
Jane is a PA at PwC and has been with the firm for nearly 10 years. With 20+ years’ experience, she believes her time at PwC has made the most impact on her career. She has taken herself out of her comfort zone, joining the Manchester PA Network and building the confidence to create an external peer group. She regularly supports other PA networks and raises funds for charity, particularly for The Christie Charity.

Before taking the role for Jacqueline, Katie had quite a colourful career in television and film, working her way up the ladder from production runner to production assistant and finally production secretary. During her time in television and film, Katie was fortunate enough to work on a number of award-winning productions, including Waking the Dead and The Diary of Anne Frank for BBC 1 and the international box office success Run Fat Boy Run starring Simon Pegg and directed by David Schwimmer.

Katie’s role working for Jacqueline is quite extensive and has grown in recent years to include people management, business project management and also the leadership of the Ann Summers Executive Support Team.

In the last few years, Katie has been incredibly fortunate to present at a number of conferences most recently including the Hays PA Network, the PA Hub, Manchester PA Network, ACE’s Scotland, the Office Management and PA Conference and office*, as well as proudly judging the Executive PA Magazine awards in 2012 and the Hays High Achieving PA of the Year award 2013. In 2014 Katie was awarded the SecsintheCity award for Social Networking PA of the Year and finally, in late 2015 Katie took up the post of Chair of the Executive & Personal Assistant Association (EPAA) General Advisory Board.

New for this year, the awards also celebrate outstanding organisations in the Company of the Year category. The award, sponsored by Barclays, recognises the achievements of a company who can clearly demonstrate that it is actively supporting its female talent pipeline through its initiatives, training, development programmes, internal employee relations and diversity network groups. This year after two rounds of rigourous judging by industry leaders such as Cilla Snowball, Chair of the Women’s Business Council; Anne Francke, CEO, CMI; Jane Hill, BBC Presenter; Sophie Walker, Leader of the Women’s Equality Party and Stig Abell of the Times Literary Supplement, two companies were identified as joint winners of the award due to a tie break of judges scores.

Thanks to Oliver Wyman, the awards continue to celebrate Rising Star Champions, recognising the efforts of senior leaders who are actively supporting the female pipeline. Winners of this category include Mohammed Zafran BEM, Director of All 4 Youth and Community, Amali de Alwis, CEO of Code First Girls and Chuck Stephens, Head of Diversity and Inclusion at Google.

More than 1,250 entries were judged by a panel of 33 independent judges including Baroness Goudie, Lara Morgan, serial entrepreneur and investor and Eleanor Mills, Editorial Director, Sunday Times. During the month of May, over 35,000 public votes from 110 countries were received for the 200 shortlisted nominees.

The top five winners for each category will be celebrated at a prestigous awards ceremony on 12 July at NewsUK’s headquarters in London.

Chris Duncan, Managing Director, Times Newspaper Ltd said: “We are delighted to support WeAreTheCity as the headline sponsor for their Rising Star Awards in 2017. Building and supporting a strong pipeline of female talent is a key area of focus at The Times and The Sunday Times. We are excited to be a part of this unique awards programme that shines the spotlight on the achievements of women across so many different industries. We are honoured to be involved and would like to congratulate all winners.”

Vanessa Vallely, Managing Director of WeAreTheCity said: “It has been a total honour to run this year’s awards and highlight the achievements of so many amazing women. We are exceptionally proud that year on year our Rising Star community continues to grow and most importantly that we continue to uncover and showcase emerging leaders and role models from across the UK.  Not only do these awards shine a spotlight on the female talent pipeline, but they should also be seen as a call to action for all organistions to continue to invest in their female talent pool. Both myself, my team, our sponsors, judges and supporters are very much looking forward to celebrating with all of our winners at the NewsUK on 12 July.”

To view the full list of winners in every category, visit risingstars.wearethecity.com/rising-stars-winners-2017.