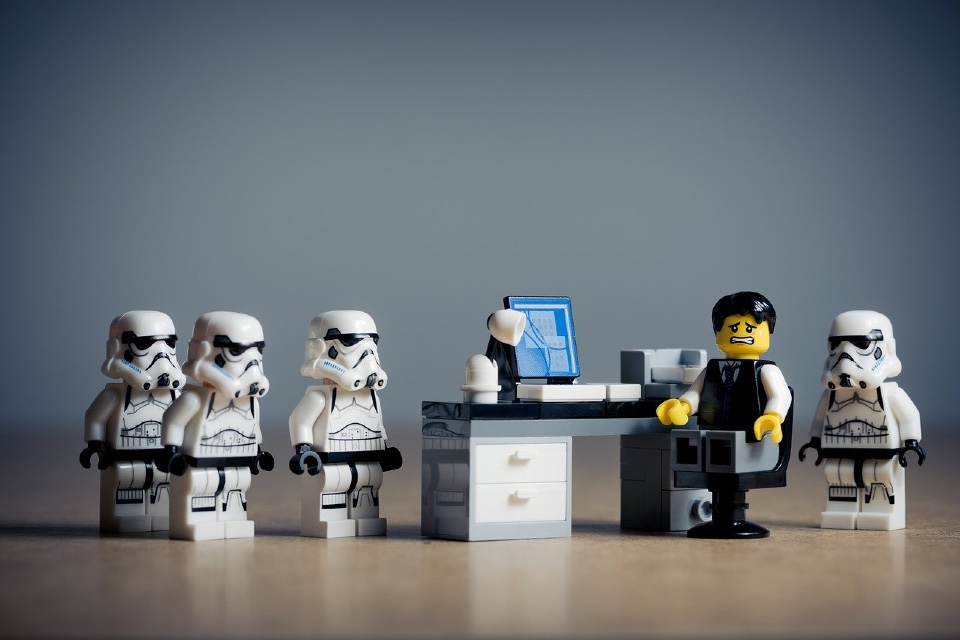 In recognition of Anti-bullying week on 15th to 19th November, we caught up with Thom Dennis, CEO of conflict resolution and culture integration specialists, Serenity in Leadership, to find out the impact bullying had on him and how he now helps businesses address bullying in the workplace effectively…

I know bullying is a very personal subject to you, so if you don’t mind me asking, what has your experience of bullying been?

I went through the British private school system and was badly bullied at both my prep and public schools. I started boarding at age eight and distinctly remember the paradox of living in an extraordinarily beautiful setting with imposing buildings, but with a headmaster who was a sadist. I was beaten and publicly shamed a great deal by him, leaving lifelong psychological scars.  Because I was so young, I didn’t have the words to really tell people and I felt a duty not to upset my parents who were making such a financial sacrifice.  I really missed home life and it made me very vulnerable.

At my next school I was bullied by other boys.  It was a hostile environment where fagging was still in existence. Young boys were allocated to a senior boy, and we had to do things like clean his shoes, make his bed and run errands. It was part of the system there.  I was quite quickly singled out for being Jewish although I had no connection to Judaism at all and was given nicknames that were sort of spat at me with disdain.  I was also sexually assaulted at school by other boys which contributed to my very low self-esteem.

I think once you have experienced bullying you can then be perhaps more susceptible to it happening again because that experience cuts very deep in the individual and leaves psychological scars because of its impact on your sense of self-worth. It is now accepted that early trauma leads to addiction later on in life and depending on what healing work you have been able to do on yourself, you may continue the susceptibility, or you may be able to overcome the effects. As one who has been a target, there is an increased chance that you become a bully yourself. The reasons are complex but the resultant drive to cause pain in others can be very strong.

Joining the Royal Marines was a vital part of my recovery.  It was still a very structured environment with a clear hierarchy and having been through all that I had, I felt there was little they could throw at me to break me.  In training, our common objective was to get through, and the competition was the best – with oneself. We learnt the ethos that you only finished when the last person got there, so you looked after your people first, then yourself.

How did you come to help businesses prevent and stop bullying?

My earlier life experiences have made me passionate about addressing all the issues around bullying. Bullying is an abuse of power and is being increasingly revealed in the workplace.  Sexual harassment, sexual overtone, intolerance of difference, and exclusions are also on the rise. To be a woman in what is still conceived to be a man’s world is still incredibly hard. I have been brought in, particularly in the City, to deal with bullies who tend to be very high performers.  Organisations still struggle with the idea of dealing with a worker who is a high performer but also a bully. Yes, they wish he was a nicer bloke, but the fact that he is damaging the people around him is so often seen as less important than the money he brings in.  It is far easier to measure financial results than it is human damage and organisations still often put up with the ‘noise’ because it’s counterproductive to challenge it.

Women of course can also be bullies. The 2021 Workplace Bullying Institute survey in the US found that about a third of bullies were women, choosing their own gender to bully much more than men.

What are the main problems you are seeing in businesses in terms of bullying?

Businesses often have people in place who try to quieten any unrest whilst avoiding the cause, and they are often found in HR. I know of an incident where a man was being bullied by his female manager at work. He was told his job was at risk and that he should prioritise his work over his wife’s when he attempted to work one day at home pre-pandemic when his disabled son was ill.  When he told the HR representative, she dismissed him by telling him to smooth things out with his boss and apologise to her.

Both men and women are fearful of naming and challenging aggressive power-play behaviour, and will leaders listen anyway?  Calling out bullies is frequently a risky move. If you have seen a bully in action and try to get involved, you could be ostracised or become bullied yourself. Silence is easily seen as consent and if there is weak leadership in this area, then there is no accountability and these warped power games continue.

Businesses often don’t want to have to invest in sorting problems like bullying out.  I have been told by business leaders that “we are not therapists”.  Small organisations don’t have an HR function and don’t have the time and resources to deal with this.  Let’s not also forget about cyber bullying and work/life boundaries that businesses are not respecting as a result of working from home. The problem is on an enormous scale with real and increasing mental health consequences.

What is the difference between bullying and harassment at work?

They are very similar – they both intimidate, often include aggressive pressure and offend. Typically harassment has more to do with the individual’s characteristics (ie: sexual orientation, age or race) and is defined in law whereas bullying is just action targeted towards an individual.

Your employer is responsible for creating and keeping a safe workplace, free from bullying, intimidation, and harassment.  As employees we have the right to work in a safe environment.

Gender imbalance is bad enough but misogyny in the workplace is also rife.  One lawyer told me that when she got her first job she had to travel with a senior barrister.  When they got to the hotel, she realised only one bedroom had been booked. There was simply an expectation that they would sleep together.  He held all the power; she was his pupil.

You talked last year about how working from home didn’t stop bullying.  Has it got any better?

Workers are struggling with blurred lines of working from home and when to stop working in a typical day and are being pressured and bullied into doing more, more, more, so no it hasn’t got any better.  People also feel very vulnerable now that furlough has ended and there are many more redundancies to come as companies reshape, so it’s an easy time for companies to take advantage. Those who aren’t made redundant in a restructuring company are made to feel like they should be grateful for keeping their jobs and many businesses have implemented staff pay cuts accordingly with no promise of it being reinstated.  People are also being bullied out of their jobs, so they aren’t forced to be given redundancy money and are being bullied to work back in the office and even to be injected against Covid-19 when they do not trust the injection.

Is there a type of person who is a typical workplace bully?

People bully for a range of reasons. Some may not realise the impact that they’re having on another person and would be mortified to find out they are causing so much unhappiness. Others may bully because they like to feel the power over someone else. Bullies tend to be very insecure in themselves.  They may feel they need to hide something. They can take credit for other people’s work and care little for work/life balance. They may also be predators.  Bullies may have been bullied themselves or come from a difficult upbringing, damaging relationship, or suffered trauma but this is not a prerequisite, nor an excuse. Bullying can also come from a group rather than just one person.

What should you do if you think you are being bullied?

Go to a friend who is a good strong reference point and has a decent sense of proportion; they could be completely independent of the organisation initially.  Don’t doubt your sanity.  Note down the exact date, time, place, what happened and what you are feeling.  So many reporting systems are ineffective, so you need to make a record of what has transpired even if there is no written evidence. Notice if other people are experiencing the same because there is strength in numbers. Find someone you trust in HR or in the senior leadership team and go to them and ask for support and show your evidence. Try and be as factual as possible rather than too emotional so you can convey the details clearly. Know you have options – you can also leave.  Of course you shouldn’t have to but sometimes it helps to have the knowledge that you also hold some of the power. Share your thoughts, emotions and concerns with your friend – part of the potency of bullying comes from the isolation and self-doubt it creates; don’t be alone through this, and if you’re disbelieved, find a friend who will listen, care and believe.

What should businesses be doing to stop bullying in its tracks?