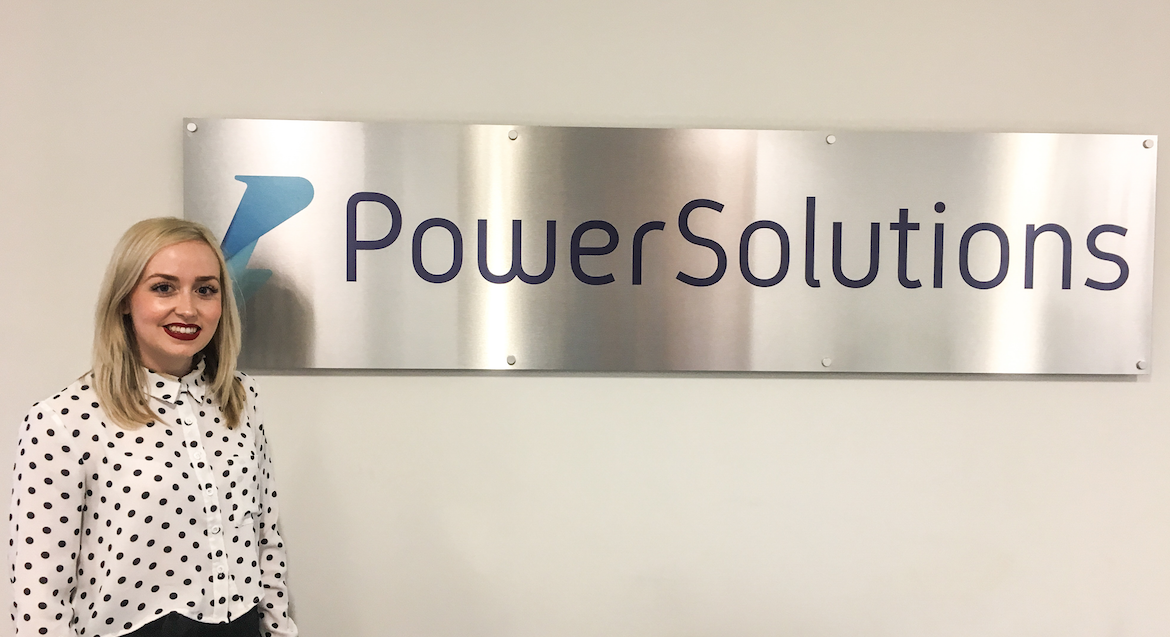 Kate Isaacson is fairly new to the world of being a PA/EA. Over just 22 months, she has gone from a complete beginner in the position to now being a well respected and highly regarded up-and-comer. Now the EA to MD at Power Solutions (UK) Ltd, she speaks to us about her experience so far.

How did you come across your current role?
It was a Sunday in October 2016, I was in the Waitrose cafe dressed in gym gear, attempting to cure myself of a hangover with a cheese and ham toastie. Little did I know, Jeremy, the MD of a company I used to work for as an Energy Broker was doing his weekly shop. After I had eaten, I mustered up the energy to walk up and down a few aisles only to then bump into him. He was delighted to see me and I him, I just wished I had looked a little more presentable, but he found it highly amusing! In fact, he still loves telling the story to this day.

So, we had a quick catch up and asked what I was doing with myself now. I’d just moved back from Thailand and completed a Personal Training qualification, but I still had absolutely no idea what the next step for me was going to be. Jeremy explained that they were moving into a brand-new office space at the end of the following month and would love for me to come in for a coffee before then. We said our goodbyes and parted ways. The next day I received a call from the COO (who I also knew from before) at the time and she said how Jeremy was so pleased to have seen me and that they would love to discuss a role within the company that they think I’d be ideally suited for. It just felt right. I went in to see them the next day, discussed the opportunity and accepted the offer there and then.

What have you found most enjoyable about your job?
It’s difficult to pin point just one thing so I am going to say the learning. It’s ongoing and it’s brilliant. I’m faced with different learning opportunities each day and without them, it would simply be boring. 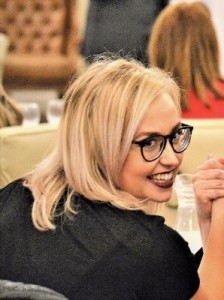 What have you found most challenging about your job?
Without a shadow of a doubt, the inner critic. The voice inside my head that judges me, doubts me and tells me that I am not good enough. I believe that this is something that all of us struggle with from time to time. Some more than others. However, I am a firm believer in the power of positive thinking and so making a conscious effort to recognise, acknowledge and let go of negative thoughts or negative self-talk is key.

What has been your greatest achievement so far?
Developing the role into what it is now. When the role was first presented to me, as ‘company PA’, it was a receptionist role, helping with admin, meeting and greeting visitors and being on hand to assist Jeremy and the senior management team as and when required.

Upon accepting the role, I always knew that there was scope to develop it and myself. As soon as we were settled in the new building, I began thinking of ways of how I could become more involved in business and how I could learn new skills that would add value.

What are your thoughts on the industry so far? Where do you see your role within it heading?
From what I have experienced in the industry so far, I adore it! The inclusivity and support is simply amazing. There’s so many directions in which the role can be taken and I’m still mentally exploring those, so as for where I see my role within the industry heading, I’m not quite sure yet but that’s super exciting!

Best moment working with your boss?
That’s a toughie! Although up there has to be witnessing him whizzing around the office on an electric scooter dressed in a 70’s party suit.

It’s your first PA job and the first time your MD has had a PA, how have you found the journey together?
The journey has been fun! I feel blessed to have such a great relationship with Jeremy. We’re open and honest with each other and above all, we respect each other. Like any EA/MD relationship, we work very closely together and the fact that we share the same values makes the partnership even stronger.

What advice would you give to someone about to start as a PA?
Believe in yourself and go for it! There is so much support out there. You are not alone!

Who have been the PAs/EAs that have helped you most?
Excellent question! I’ve met and I am privileged to know some incredible PAs/EAs.

The inspiring ambassador of the profession Paula Harding, EA to dean of education and senior management team at Liverpool School of Tropical Medicine. After every conversation I have with her, I feel inspired and motivated to make the most out of this journey as an EA. She encourages me to think outside of the box and never stop learning.

I’d also just like to say how grateful I am for the support of Jane Brazzill, Emma Glyn-Jones and Rosie Camm who I met at the very first event I attended with the Manchester PA Network. All are true champions of the profession.

Have you found networking as a PA important and why?
Absolutely! I think in life in general, networking is always important. It’s so refreshing to meet new people, from different backgrounds, with different values and views on life. Starting almost two years ago in a role I had never done before, I sometimes felt isolated, frustrated and often thought “I cannot do this” until I attended my first networking event. 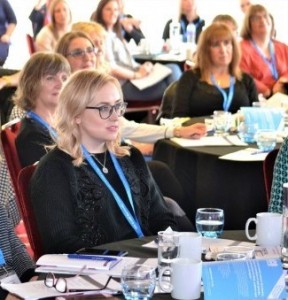 What’s your guilty pleasure?
I can’t actually believe I’m about to admit this … Geordie Shore (GS). I didn’t watch it when it first was on our screens many years ago but I decided to start watching the first series a few weeks ago. It can be so easy to take life too seriously sometimes and the GS certainly do not. Watching an episode of GS after dinner makes me laugh out loud.

What are you binge-watching?
When I’m not watching an episode of Geordie Shore, I’m reading! I’m currently feasting my eyes and soothing my soul with “The Self-Love Experiment: Fifteen Principles for Becoming More Kind, Compassionate, and Accepting of Yourself” by Shannon Kaiser.

Perfect way to spend a weekend?
Exploring new places and eating great food with my partner.

Favourite takeaway?
Pizza. 100%. With a side of chicken wings.

Party Trick?
Ooh… I don’t think I have any party tricks up my sleeve. Although, I do a great (probably more amusing) rendition of Zombie by The Cranberries in the car.