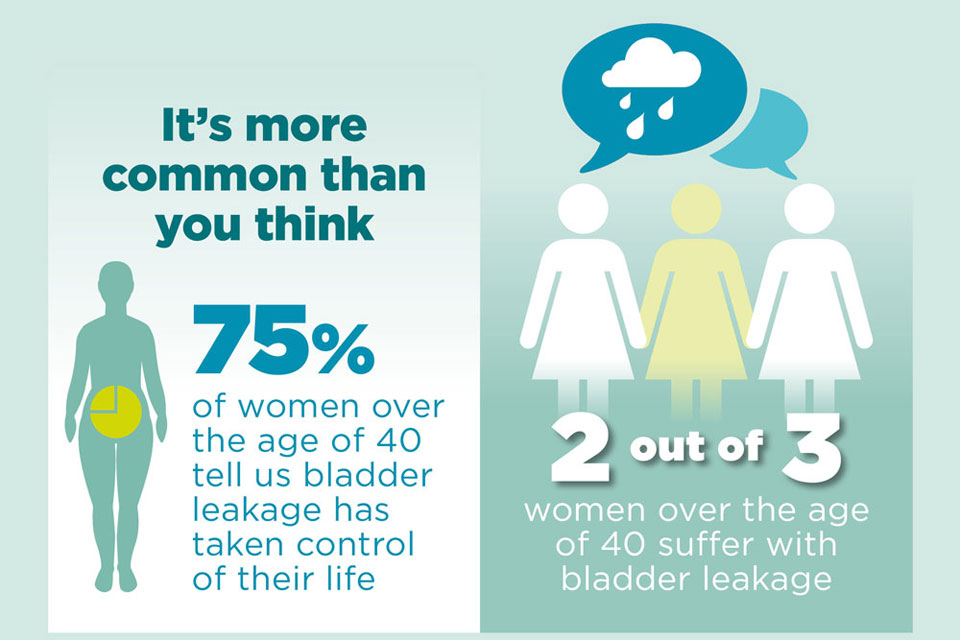 Do you train your pelvic muscles regularly?

Researchers have found 70 per cent of women over 40 have suffered bladder leakage when chuckling or coughing.

And one in three have experienced symptoms when engaging in physical activities such as running or jumping.

As a result, one in 10 women don’t feel they’re able to fully enjoy life as they try to avoid an ‘accident’.

And 17 per cent of sufferers admit the condition dominates their thoughts.

Julia Herbert, consultant physiotherapist and clinical director for Pelviva, said: “Bladder leakage is a health issue which affects millions of women of all ages across the UK.

“Pregnancy, childbirth, hormonal changes associated with the menopause and putting on weight are among the many causes of bladder leakage due to weakening pelvic floor muscles.

“These issues are more commonly experienced by older women, but it can just as easily affect someone in their 30s or even younger.

“Despite this high prevalence, bladder leakage is still seen as something of a taboo for women to discuss – they may find it hard to talk with their friends, family or even their partner, which is a perception we’d like to see change.”

The study also found that nine in 10 sufferers over the age of 40 said the condition, which can be caused by childbirth and often develops as women get older, has had a ‘major impact’ on their quality of life.

And a tenth said it has even led to depression.

Despite this, only three in 10 have been to see a healthcare professional about the condition.

Three in five have even kept it secret from their partners – or haven’t been ‘completely open’ with them about the extent of their suffering.

To try and combat bladder leakage, 23 per cent of sufferers are careful with how much they drink and 30 per cent always plan toilet stops while travelling.

One third make sure to wear absorbent pads and one in twenty even make effort to wear clothes which hides the fact they may have had ‘an accident’.

It also emerged a quarter said bladder leakage issues make them feel older than they really are.

Of those who have sought out medical help for their condition, 21 per cent went to see their GP and five per cent have seen a gynaecologist.

But although 96 per cent of women have heard of pelvic floor exercises, just 10 per cent actually do them regularly.

A fifth of those polled, via OnePoll, said they’re not sure if they know how to do pelvic floor exercises correctly and 23 per cent have attempted them but didn’t notice any improvement.

“This is through no fault of their own – they simply do not have the connection to the pelvic floor.

“The Pelviva treatment has been designed to train your pelvic floor muscles correctly, and is completely automated and simple to use.

Andrew Tasker, CEO of Femeda Ltd which developed Pelviva, added: “As the research shows, bladder leakage affects millions of women, leaving them to suffer in silence with emotional and psychological issues.

“However, there are ways to reduce the symptoms, helping women to live their lives to the full.

“It’s so important women aren’t burdened with this condition and Pelviva is one way they can stop feeling this way.”