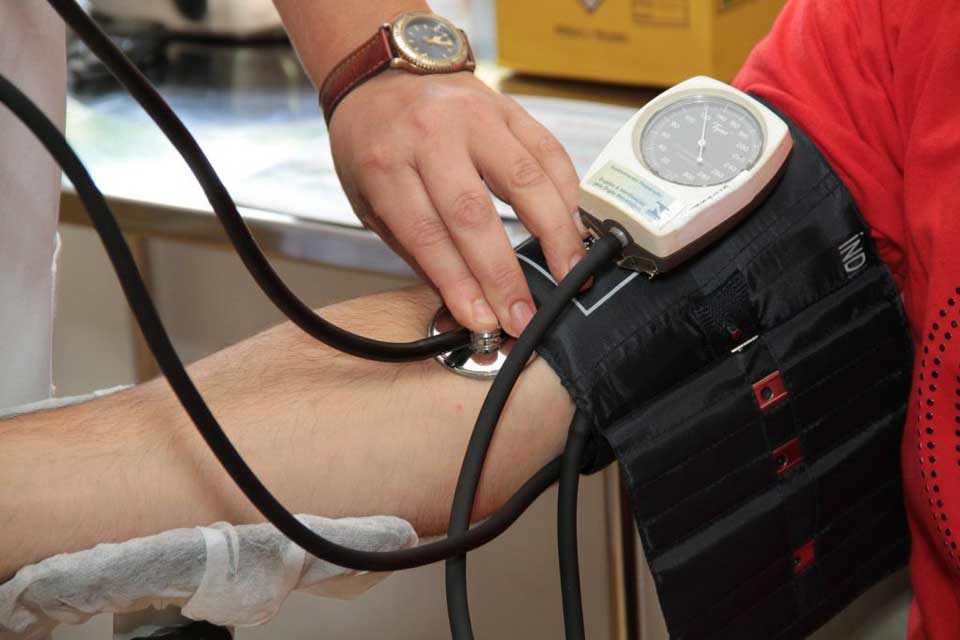 Millions of women have no idea they could have a heart attack – because they believe only men suffer fatal cardiac arrests.

Official figures show there are more than 800,000 women in the UK living with coronary heart disease, which is the main cause of heart attacks.

And around 35,000 women are admitted to hospital following a heart attack each year in the UK – an average of 98 per day, or four per hour.

But despite this researchers who polled 2,000 women found more than one in 10 believe only men have to worry about heart complaints.

And around one in eight don’t believe women suffer from heart attacks, while one in four think they would experience different symptoms to men if they did.

As a result, more than a third of women reckon they are less likely to seek help for chest pains than men.

Dr Sarah Brewer, medical director at Healthspan, which commissioned the research, said: “Many are aware that heart attacks are something men need to be concerned about, but there is a huge misconception among women that they aren’t at risk.

“Not only is this wrong, but it could be the difference between life and death for some if they don’t take symptoms or the risk of a heart attack seriously.”

The study found just 87 per cent of women would associate chest pains or discomfort with having a heart attack, while only 57 per cent recognise profuse and unexplained sweating as a possible symptom.

Others were unaware back pain (80 per cent), feeling sick (64 per cent) or feeling light-headed (59 per cent) could also be a signal of a heart attack.

Dr Ameet Bakhai, consultant cardiologist at The Spire Bushey Hospital, said: “The risk of women having a heart attack increases for women once they have gone through the menopause due in part to a reduction in oestrogen.

“And more than one in 10 in the survey didn’t realise this, plus a common misconception is that by being on HRT, women are protected from heart disease and unfortunately that’s not a straight forward assumption either.

“The research around this has shown some benefits and some risks unfortunately.

“Women are also not aware that they have a higher chance of suffering from a heart attack if their male partner has had a heart attack given that husbands.

“And wives often share the same behavioural risk factors and environmental factors such as smoking or sedentary lifestyle.”

Additionally the stress of looking after a husband dying or surviving of a heart attack affects the wife caregiver negatively and increases their own risk of health issues, worsened by anxiety and depression.

Almost one in five of the women polled have high blood pressure while others have high cholesterol levels (12 per cent), smoke (16 per cent) or are overweight (30 per cent).

But worryingly, 58 per cent of women have no idea what their blood pressure is, while 77 per cent don’t keep tabs on their cholesterol levels.

It also emerged 33 per cent of women have suffered from chest pains, but only around half of them got it checked out by a GP.

Of those who didn’t seek medical advice, 58 per cent felt it wasn’t anything serious while 24 per cent didn’t want to waste their doctor’s time.

Others said they were too busy (10 per cent), didn’t believe women needed to worry about chest pains (eight per cent) or were too worried about what they might say (13 per cent).

Almost one in five women do worry about their heart health but only one in 10 have had a health check to access their cardiovascular health.

But more than one in twenty have been warned they are at risk of a heart attack by a medical expert.

Dr Ameet Bakhai added: “Regular check-ups and screening is vital and the Healthspan survey showed that 69 per cent of people who took the survey were already on a statin to lower their cholesterol.

“Many people self-medicate due to the side effects of statins which isn’t always without risk but there are solutions that research has shown can counteract the muscular aches and fatigue that some patients experience.

“For example, for some patients I recommend Co-enzyme Q10 supplements such as Ubiquinol (the body ready form of Coenzyme Q10).

“A summary of careful review of the research showed that this form of supplementation may be a complementary approach to manage statin‐induced myopathy or muscle aches.”

Changing jobs or reducing stress, cutting back on cigarettes and alcohol and taking supplements are also among the ways women try to improve their lifestyle to minimise the risk of heart problems.

Dr Meg Arroll a chartered psychologist and a health researcher working with Healthspan, said: “A third of those in the study have changed their diet while 36 per cent have exercised more often to try to reduce the chances of a heart attack.

“There are many psychological, cognitive and practical barriers to behaviour change when it comes to making lifestyle choices, but the good thing is that once these are identified, any helpful patterns can be tackled.

“These ‘modifiable’ factors are important because although we might not be able to change our family history of heart disease, we can certainly alter our thought patterns and tweak our environments to support health.

“For instance, many people have unrealistic optimism when it comes to health outcomes, thinking that heart issues will never happen to them because they have never experienced any symptoms.

“This is why the research commissioned by Healthspan is so important, because many people are unaware of the range of symptoms associated with cardiovascular disease.

“By having this information as starting point, we can challenge cognitive distortion such as optimism bias, increase our levels of perceived control and make fundamental changes to lifestyle.”

More than a third of those say the health issue has made them feel older than their years, while more than a quarter feel more anxious than they did before.

One in four admitted it made them think more deeply about their mortality, while 15 per cent even felt depressed following their heart attack.

Others admitted it has made them reassess what is important in their lives (23 per cent), affected their confidence at work (21 per cent) or even made them feel like a different person (26 per cent).

Dr Meg Arroll added: “Experiencing a life-threatening event such as a heart attack can have a significant impact on how we perceive ourselves, the world around us and our psychological wellbeing – as demonstrated by the Healthspan survey.

“It’s essential to give ourselves space and time to take stock of these shifts in identity, which will limit the detrimental effects on mental health.

“But if you do feel anxious or depressed following a heart attack, do see your GP who may refer you to a psychological service. Help is out there; you needn’t suffer with the aftermath of a heart attack in isolation.’’

The study, carried out via OnePoll, also found three in 100 of those polled have suffered from a heart attack.