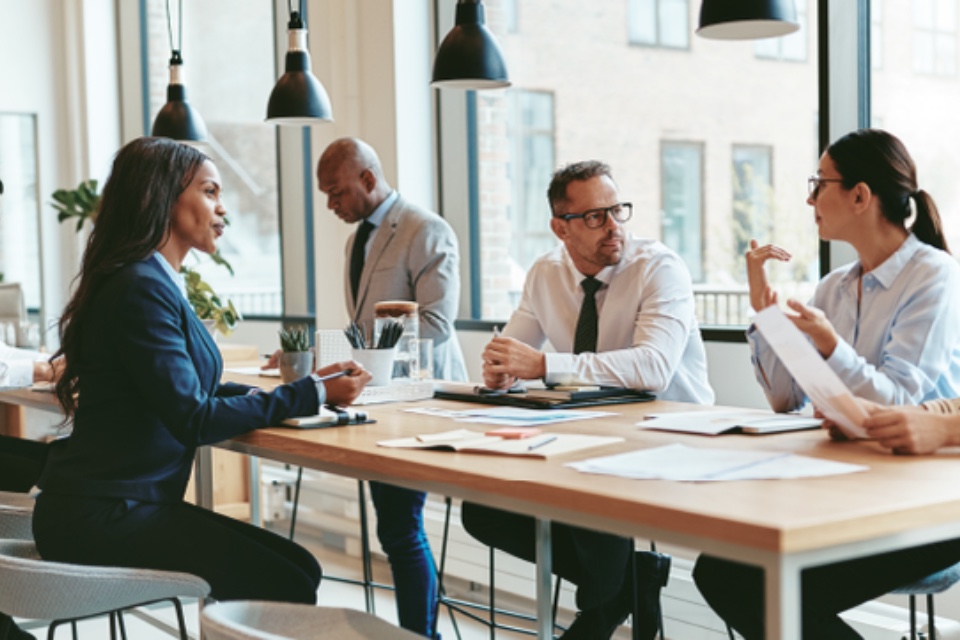 VIDEO: The UK is leagues behind other countries when it comes to providing for a diverse workforce

The detailed study of 10,000 workers representing thousands of companies from 10 countries found the UK trails behind the likes of Mexico, Ireland, Spain and the United States across 12 of the 14 categories researched.

Compared to other nations, the UK caters reasonably better for staff of different religious backgrounds – allowing paid time off to celebrate occasions such as Eid-al-Fitr or Diwali (40 per cent) and providing somewhere for prayer breaks (31 per cent).

However, the UK was worst for recruiting those from diverse backgrounds (46 per cent) and offering the same pay and promotion opportunities to all staff regardless of their race, religion, disability and nationality (65 per cent).

And the home nation needs to improve its provisions for working parents – scoring lowest for maternity and paternity leave and pay outside of the statutory requirements, having nowhere for staff to breastfeed or express milk, and not offering paid time off for antenatal appointments.

The in-depth research and subsequent scoring system – https://essityworkplacediversity.uk/ – was developed by hygiene and health company Essity.

Respondents were asked to give their opinion on the provisions of the company they work for, and in turn points were awarded out of 10 in each category according to the order of the percentages drawn from the results.

It found workers in Mexico rate their employer’s attitude and approach to diversity very highly – with the country topping six of the 14 categories, scoring 113 out of a possible 140.

They particularly rated efforts to offer all staff members the exact same opportunities.

Ireland also came out very well in the study, scoring highest for the overall business approach to mental health, allowing staff time off to address their wellbeing (71 per cent).

Other countries identified as having a particularly poor attitude towards diversity were Sweden, France and Italy.

Employees working in Italy did not feel their employer would allow them any time off to address mental health (45 per cent) and claim to have nowhere to take prayer breaks during the day (21 per cent).

And while French businesses scored the highest (10 out of 10) for addressing mental wellbeing, they received consistently low scores for recruiting across all walks of life and offering the same opportunities once those from diverse backgrounds had made it through the onboarding process.

Sweden and the Netherlands were considered the worst in terms of making provisions for those with visible or hidden disabilities (47 per cent respectively).

The study also looked into whether British employees feel their company demonstrates it is taking the issue of diversity seriously – and found just 29 per cent of businesses are considered to operate a zero tolerance to bullying.

Only one quarter of those polled feel all staff members get visible recognition of their achievements, and just 18 per cent think their employer listens when it comes to personal needs.

It seems there is a long way to go – as only seven per cent of UK businesses currently have non gender specific signs for bathrooms, only one in 10 have appropriate reading materials in public spaces, and there are few targets set for diversity in the workforce or for recruitment (13 and 12 per cent respectively).

While one third of employees in the UK feel they have been personally discriminated against in the workplace when applying for a promotion or pay rise, requesting flexible hours or for personal health reasons.

To encourage both workers and employers to think more about their business and to find out how diverse it really is, Essity has developed a series of questions – https://essityworkplacediversity.uk/how-diverse-is-your-workplace-quiz/

OVERALL SCORES SHOWING COUNTRIES WHICH ARE MOST DIVERSE

Employees work in a diverse workforce – 70 per cent

Equal pay regardless of race, religion, disability, nationality – 65 per cent

Business offers the same opportunities regardless of race, religion, disability, nationality – 62 per cent

Business caters for disabilities, visual and hidden – 55 per cent

Meeting rooms are provided for breastfeeding/expressing milk – 22 per cent