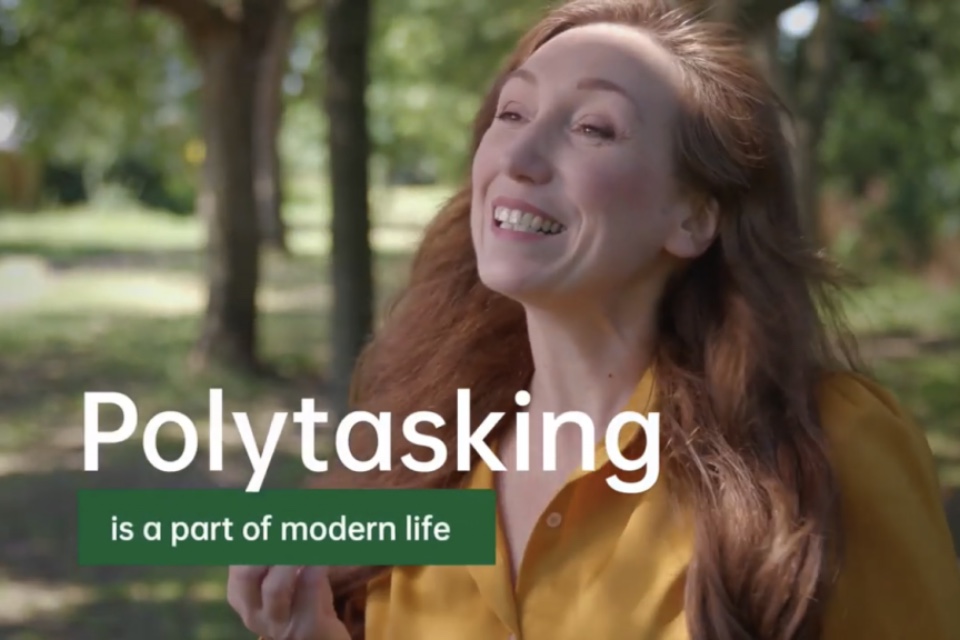 VIDEO: Have you become a ‘polytasker’? We know we have

Britain has become a nation of ‘polytaskers’ – doing many tasks from the different areas of their lives at the same time – as lifestyles have dramatically changed this year.

After spending the last few months juggling everything from work, parenting, home-schooling and being in a relationship – often at the same time, Brits have had to improve their organisation skills.

As a result, people no longer just engage in multitasking behaviour, where you complete more than one simple task at the same time.

Instead, modern Brits are now ‘Polytasking’ – a new behavioural phenomenon where people complete many tasks at the same time, juggling the many demands placed on adults from competing roles in their life.

The trend emerged in a study of 2,000 adults, by OPPO Mobile UK, which found each adult has an average of seven different roles, with being a friend, partner and parent the most common.

However, 60 per cent think the demands of these differing jobs have changed in recent months – with one in five suggesting it’s been quite a significant lifestyle shift.

And 64 per cent admitted they’ve struggled to offset all of their tasks from different roles – with balancing parental and employee duties at the same time a battle for many of late.

Psychologist and broadcaster Honey Langcaster-James, who is working with OPPO Mobile UK, said:  “Polytasking is becoming the new normal for many of us as we desperately try to meet the many demands we face in our everyday lives.

“In today’s world, we tend to play so many different roles, both at home and at work, and that means we have lots of responsibilities.

“If we’re going to be left with any time at all for ourselves, when we could actually rest and relax, we need to find ways to get lots of things done at once.

“So, as a human behavioural strategy, polytasking makes complete sense.

“If we can get many things done in a short amount of time, then we can rise up to meet the challenge of modern life.

“The lines between home, family, work and health have all become so blurred. That means Polytasking is an increasingly common, but also necessary behaviour.

“If we can find ways to manage the many different competing demands of life better, we can be more efficient.

“Then we can ensure we have some time left-over for those aspects of life that really mean the most.”

The study also found 42 per cent of those polled have found it more difficult to differentiate between the various aspects of life since lockdown came into force – such as work and personal life.

And more than half of respondents want to improve the balance in their lives given these changes, according to the OnePoll findings.

Six in 10 admitted the pressure to juggle everything at once comes from feeling the need to please other people.

And seven in 10 feel obliged to respond quickly to people when they’ve been sent an email, text or WhatsApp message by a friend or colleague, even if they are in the middle of something else.

It also emerged 27 per cent of respondents have felt their family relied on their support more in recent months, with 28 per cent occasionally feeling overwhelmed by the responsibilities they hold with others.

More than six in 10 struggle to concentrate with so many different responsibilities held in their varying life roles, while 56 per cent even went as far as to say they fear burnout.

Writing a list, using a calendar or meal planning were some of the main ways people manage their life demands – as well as getting up earlier to maximise time.

However, a further 54 per cent are trying to take back some control by tracking things on their smartphone or smartwatch – with steps per day, exercise and sleep the most common areas to keep an eye on.

One in six even track their heart rate while another one in 10 keep tabs on their stress levels.